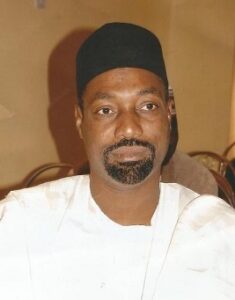 IPMAN’s National President, Alhaji Sanusi Fari, made this known in a statement in Awka last weekend.

Fari lauded President Muhammadu Buhari for the political will in signing the Petroleum Industry Bill (PIB) into law, after many years of botched proposals.

He described the President’s assent to the PIB, as an important milestone in the life of this present administration and a major breakthrough in the downstream business of petroleum products sales and marketing.

He also lauded the National Assembly, for the courage to ensure that the bill sailed through, in spite the obvious challenges.

The IPMAN president said though the PIA was not without imperfections, it would bring transparency and accountability, which would result in better profitability for the greater number of Nigerian people.

According to him, the PI Act, 2021 is long overdue, in spite some disagreements on some issues, it will usher in a new era of transparency and accountability in the administration of petroleum resources in the country.

Fari said commercialising the Nigeria National Petroleum Corporation (NNPC) under the Act, would not only break its monopolistic grip of the industry, but make it profit oriented and more answerable to Nigerians.

He said the PIA would open the space for more importers of petroleum products, thereby, giving way for competitive pricing and also encourage investments in refineries.

According to him, the PIA Act will end the era of NNPC, being the sole importer of Premium Motor Spirit and increase competition by investors, which is likely to lead to improvement of the economy.

“Under this Act, the NNPC will soon be transformed into a limited company, which will start paying taxes to the Federal Government and dividends to shareholders.

“With this Act, there will be improved efficiency in the commercialised NNPC and IPMAN members, in no distant time, can easily plan for various means of supply of products to their outlets as the market will now be open.

“All our local refineries that have not been in operation, will come back to life because of the likelihood of making returns on investments, after the repairs,” it stated.

Fari pledged IPMAN’s continued support for the Federal Government, toward achieving its laudable objectives in the petroleum industry, in the interest of citizens.