Stakeholders Call For Removal Of Waiver Clause From Cabotage Act

Maritime industry stakeholders have called for the removal of the waiver clause which create opportunities for foreign vessels in Nigerian coastal trade in the implementation of the Cabotage Act. 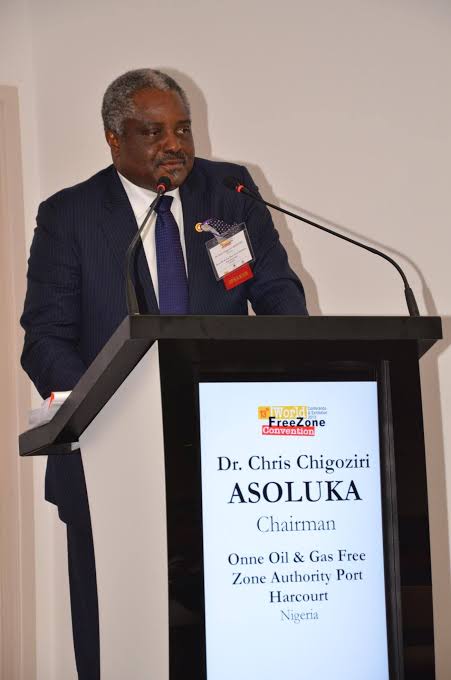 Speaking at a one-day colloquium held in honour of late Otunba Kunle Folarin, in Lagos on Thursday, a maritime economist and policy expert, Chief Chris Asoluka, described the waiver clauses as one of the greatest limitations of the Cabotage Act and the Cabotage Vessel Finance Fund (CVFF), even as he asserted that the clause has stifled indigenous shipping in the country.

He said: “Foreigners are excused to use vessels not owned by Nigerians, not built or crewed by Nigerians. This was a mistake we made with the Cabotage Act because we thought at that time Nigeria hadn’t grown to the stage where it could handle Cabotage trade in compliance to the requisite standards.”

“We should have inserted a caveat or timeline to give waivers to foreign vessels for five years, while growing indigenous capacity for the service”.

He lamented that, “however, 20 years after the Cabotage Act was passed, the Transport Minister still has the powers to give waivers to foreign operators.”

Noting that the highest amount obtainable from CVFF is $25million, Asoluka said there should be concerns on what kind of vessels could be purchased at that cost, even as he recalled that during the conceptualization of CVFF, it was envisaged that the fund could be expanded to include investments in shipyards.

Speaking earlier, the Director General of Nigerian Maritime Administration and Safety Agency (NIMASA), Dr. Bashir Jamoh, disclosed that there is an ongoing review of the Cabotage Act with the revised document currently before the Senate, after it was passed by the House of Representatives.

He however stressed that queries and criticisms about the CVFF and its planned disbursement are hasty as the fund is yet to be disbursed, but a public scrutiny of the exercise has already begun.

Jamoh expressed optimism that public hearings will be held on the ongoing review of the Cabotage Act, while noting that a stakeholders’ meeting will also be organized to finalize on the guidelines for the disbursement of CVFF

The Chairman of Integrated Oil and Gas Limited and a former Minister, Capt. Emmanuel Iheanacho expressed delight at the updates on CVFF disbursement and Cabotage Act, even as he commended journalists for organizing the event in honour of Otunba Kunle Folarin.

Iheanacho, who also chaired the event, opined that the emphasis on utilizing CVFF for Cabotage vessels alone may hamper plans to train seafarers for seatime on such vessels, as they wouldn’t be categorized as ‘ocean-going vessels’.

He suggested that the name ‘CVFF’ could be changed to ‘Ship Acquisition and Ship Building Fund’ to enable applicants of the fund purchase ocean-going vessels.

Iheanacho also wondered who would fill the shoes of late Otunba Kunle Folarin, describing him as a friend and an astute maritime professional.

“I knew Otunba Folarin for over 50 years and he was a man who always gave absolute research to any topic he was to speak on. He would also deliver his points in such a way that you would marvel his performance. When I learnt that he was a graduate of Oxford University, I stopped wondering how he always prioritized excellence. Oxford University is one of the best universities in the world and those who attend the institution always came out polished and refined,” he said.

In her paper presentation, Mrs. Jean-Chiazor Anishere, SAN, posited that there is a need to develop a clear financing mechanism as well as a clear reporting system on the utilization of the CVFF.

According to her, NIMASA should not be satisfied with just disbursing the CVFF, but also monitor and evaluate the impact of the fund in collaboration with Primary Lending Institutions and shipping experts.

She commended the current Minister of Transportation, Alhaji Mu’azu Jaji Sambo for his zeal and actions to expedite CVFF disbursement, but harped on the need to provide clear guidelines and a sustainable process for the fund.