Stakeholders in the maritime industry have advised the Port Standing Task Team against compromise on their mandate at the ports. This is even as they expressed optimism over their deployment and anticipate a turnaround in the eradication of corruption and illegal activities at all levels at the nation’s seaports. 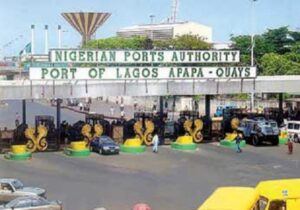 The Port Standing Task Team was created after the launch of the National Port Process Manual (NPPM) document on the 9th of December, 2020, having the Nigerian Shippers’ Council as the lead agency in collaboration with other agencies such as the Independent Corrupt Practices and Other Related Offenses Commission (ICPC), Department of State Services (DSS) and Nigerian Port Authority (NPA).

In a document published by the Port Standing Task Team and obtained by our correspondent, the Team stated the new set procedures for the joint examination. According to the document: “Terminal Operators are to position boxes not later than 8.30 am daily. Representatives of authorized agencies shall report to the examination bay no later than 8:30 am every morning. The joint physical examination shall commence at 9:00 am every morning and continue till 4:00 pm. Every authorized agency shall designate sufficient officers to simultaneously cover all examination groups at each examination bay. Failure of any Agency representative other than that of the Nigeria Customs Service to attend the Joint Examination shall not delay the examination and such an Agency shall lose the right to examine that container”.

The National Coordinator of the National Port Process Manual (NPPM); Mr. Moses Fadipe told Shipping Position Daily that although the operations of the Task Team had commenced since March 2021 at shipping vessel operations, the Team’s activities have been extended to cargo examination which kick-started on the 1st of November, 2021.

He noted that the Port Standing Task Team has started recording great success in cargo examination. According to him, over 200 containers are being examined at APM Terminals as against the initial 110-120 containers per day.

“I am pleased to inform you that the Port Standing Task Team is already a great success. Before November last year, an average of 110 to 120 containers were being examined every day at APMT but now they have over 200 containers examined every day at APMT and we have also replicated the same at Eko Support. I am appealing for the support of the users of the port to sustain this tempo for the benefit of everyone” Fadipe concluded.

On the Task Team’s performance, the National Financial Secretary and the Association of Registered Freight Forwarders, Nigeria (ARFFN) and Chairman Committee of Customs and Other Related Agencies of Government (CORAG), Rev. Alex Nwokedi confirmed that the Task Team has been deployed already to Apapa port and will be fully deployed to Tin Can Island port this month (January 2022). He noted that some of the guidelines stated are yet to be strictly adhered to, as some Customs Officers still walk-in for cargo examination as late as 1 pm. Nwokedi however charged the PSTT to be focused and dogged by not compromising, conniving, or collaborating with the existing anti-corruption arrangements in the port system but discharge their duties in great honesty and integrity.

“This is a very good idea, but I fear that they should not allow the system to corrupt them. As I speak, some Customs officers still come as late as 1 pm to the port for cargo examination”, Nwokedi stressed.

Also speaking, the President, Shippers Association of Lagos State (SALS), Rev. Jonathan Nicole described the Port Standing Task Team as the last hope of Nigerian maritime stakeholders. He commended the initiative and called for the support of all government agencies and stakeholders.