Two crew members of a Danish oil tanker passed away after they had inhaled toxic gas as they were working in the vessel at the Chattogram port on Saturday. 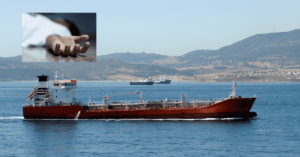 The deceased are Indians and have been identified as Akhil Shekhar, 26, and Jishnu Raj, 29. Both are from Kerala.

Faruq informed that they were immediately taken to a local hospital where the doctors on duty declared them as dead.

Kabir Hossain, the officer-in-charge at the Patenga police station mentioned that the vessel had been anchored on 15 June at the Chattogram port.

MTCL, the local agent of the Denmark-based ship, lodged a general diary with the Patenga police station.