The White House plans to move quickly on a $17 billion revamp of U.S. ports approved by Congress as part of President Joe Biden’s $1 trillion infrastructure bill. 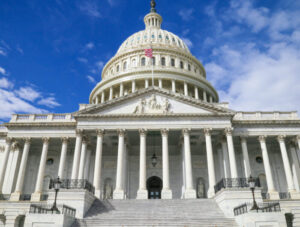 The $17 billion will “improve infrastructure at coastal ports, inland ports and waterways, and land ports of entry along the border,” the White House said.

Many U.S. ports have bridge or depth limitations that restrict their ability to receive larger vessels, while a surge of cargo is straining land operations at some ports.

* To identify projects for U.S. Army Corps of Engineers construction at coastal ports and inland waterways within the next 60 days.

* To provide a roadmap for more than $4 billion in funding to repair outdated infrastructure and to deepen harbors for larger cargo ships.

* To prioritize key ports of entry for modernization and expansion within the next 90 days.

* To identify $3.4 billion in investments to upgrade obsolete inspection facilities and allow more efficient international trade through the northern and southern borders.

The Biden administration aims to alleviate congestion at the Port of Savannah by funding a project by the Georgia Port Authority.

That will allow the state to reallocate more than $8 million to convert existing inland facilities into five pop-up container yards in Georgia and North Carolina.

The Port of Savannah will transfer containers further inland so that they can be closer to final destinations, a move that will free more dock space.