Home » Why We Didn’t Embark On Strike In 2022 Despite Ultimatums, Threats–MWUN

Why We Didn’t Embark On Strike In 2022 Despite Ultimatums, Threats–MWUN

The President General of Maritime Workers Union of Nigeria (MWUN) Comrade Adewale Adeyanju has revealed reasons the union decided to halt industrial actions in the maritime sector last year, despite several ultimatums and threats issued to that effect. 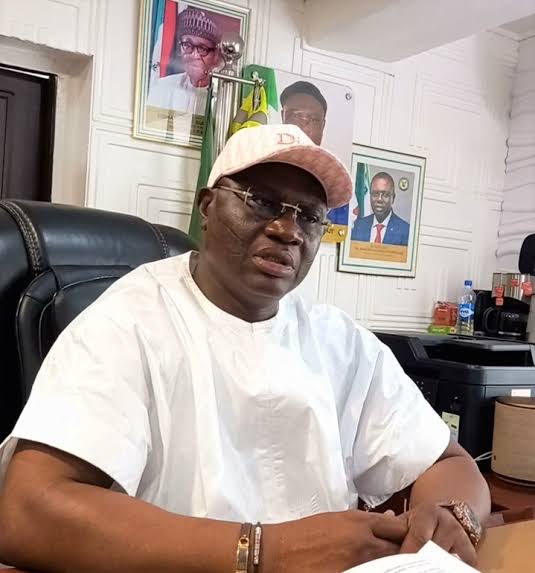 Adeyanju in a chat with our correspondent recently, stated that the union halted the plans to go on strike last year owing to the peculiarity of the ports to the nation’s economy, this is even as he threatened that 2023 will no longer be about threats, but actions against non-compliant agencies, terminal operators or International Oil Companies (IOCs) that refuse to comply with the demands of the union.

Checks by our correspondent revealed that the union last year threatened to go on strike more than five times due to several infractions allegedly committed by government agencies, terminal operators and the IOCs.

Shipping Position Daily recalls that the union had in February 2022, threatened to embark on an indefinite strike over the IOCs non-compliance with the Extant Stevedoring Regulations known as Government Marine Notice 106 of 2014.

Also in June, during its 5th quadrennial branch delegates’ conference for dockworkers, the union threatened strike action against the Nigeria Maritime Administration and Safety Agency (NIMASA) over the non-issuance of biometric identity cards to dock workers for over 10 years.

The President General of the union had threatened to go on strike and paralysed port operations over NIMASA’s refusal to issue the biometric ID cards.

Also among several ultimatums issued last year by the union was the threat to embark on industrial action against salary disparity between Nigerian workers and their foreign colleagues at the APM Terminals in Apapa Lagos.

However, explaining why the union refused to embark on the threat strike, the MWUN PG said a strike is the last weapon of any union after dialogue may have failed.

He said:  “When you issue an ultimatum, it is an awareness for both sides to put their house in order, then if the management fails to recognise the ultimatum, then the strike is imminent.

“But by recognising that this union does not just issue out threats, we weigh options. You know we don’t have any other country than Nigeria and the port is a peculiar sector where after the oil, it is the next in line in terms of revenue generation to the nation. We always weigh options due to the peculiarity attached to the port, and not pulling down the economy of this great country. That is why we have been careful about embarking on a strike

“We also want the management of these companies to be careful with us because when we give ultimatums some of them will respond immediately. When they call us for a meeting and we put everything on the table, we sign a communique to address all the issues. So there is no need to embark on a strike”.

“It is not an ultimate to declare a trade dispute when your principal, master or employer of labour has called you for a round table discussion asking you to manage some conditions promising to address them. When you weigh out the options and find out that out of 10, eight were met, then why should we go on strike” he said.

He however warned that it won’t be business as usual for erring or non-compliant agencies in 2023, as he threatened that the peace and tranquillity enjoyed in the sector in 2022 should not be seen as a weakness on the part of the union.

Speaking on the achievements of the union in 2022, he noted that the union achieved great feats from the peaceful co-existence enjoyed in the industry, to the success of the Collective Bargaining Agreement among others.

“You can look through your records for the achievements of MWUN. Is it the time of peaceful co-existence between us and Industrial management, or the harmony between the workers and their employers.

“If the port is not peaceful, there won’t be an understanding between you and the management. Those are parts of the major achievements.

“There are many things we have achieved underground.  Is it the Collective Bargaining Agreement between the workers and the management? The seafarers over the years, their NJIC was nothing to write home about, but with the support of mass protests coming from the international bodies, the remuneration of manning agents, seafarers and many employers has been improved.

“Seafarers get jobs as at when due and they are onboard for six months on and off. We have lots of achievements; is it on Biometric ID cards, or stakeholders engagements, we also have a housing estate project which is almost completed. These are part of the things we have achieved and when the time comes, we will roll out all our achievements for 2022”, he added.