18 Years After: FG To Commence Disbursement Of $350 Million CVFF Funds With Immediate Effect 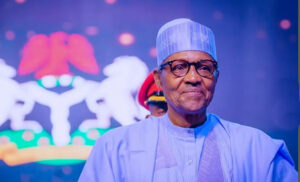 Disclosing this on Saturday during the third phase of the Nigerian Seafarers Development Programme  (NSDP), the Minister of transportation; Engr Muazu Jaaji Sambo  stated that the President approved the disbursement of the over $350 million fund following convictions that the money belongs to ship owners.

Recall that the CVFF was established alongside the Nigerian Coastal and Inland Shipping (Cabotage) Act of 2003, to empower indigenous ship owners to take control of the nation’s coastal and inland shipping business, otherwise known as Cabotage trade.

The minister, while speaking said the jinx that has hindered the expansion of the industry has finally been broken

He informed that five lending institutions have already been approved by the National Assembly for the disbursement. The institutions are:  Union Bank, Polaris Bank, Zenith Bank, UBA and JAIZ bank.

He added that the ministry is currently liaising with the Minister of Finance and the governor of the Central Bank to work immediately for the approval.

According to him, “the president of the Federal Republic of Nigeria, Muhammadu Buhari has approved my request for the disbursement of the Cabotage Vessel Financing Fund.

“It is my belief that finally we are going to break the 17-year-old jinx that has hindered the expansion of the industry when we disburse the funds in days to come to the beneficiaries deserving of it,

“We have made a case that the funds belong to you ship owners. Mr President is a man who respects the law and he is on the same page with us that we should proceed with immediate effect.

“We have pledged to the President that they would continue to allow the funds to go into the Treasury Single Account, however, whenever the money hits the threshold of $50million the Central bank of Nigeria, upon recommendation from NIMASA and the Federal Ministry of Transportation would inspect the transfer of the funds to the primary lending institutions.

“In this regard five primary lending institutions have been approved by Mr President to do the disbursement.

This milestone development together with this ceremony go hand in hand because there is a nexus between seafaring, ship, capacity building and making sure ships are available. And with this approval I am sure our indigenous capacity would grow higher and not even the sky will be the limit” he said.

The minister said other additional requirements or eligibility will include, off-taking of the beneficiaries, which is likely going to be an issue.

“If you don’t want your loan to go bad, the easiest way to guarantee payback is that the applicant shows you that he already has an off-taker for his vessels.

“He must have a contract of about five years to 10 years, which is genuine and irrevocable. That way, all processes from that contract goes straight into the applicant’s loan. So under a tripartite agreement, the miscellaneous payments will be guaranteed and so proceeds from the off-taker on behalf of the beneficiary of the funds go straight to that loan account. That is one way we can guaranty that we are giving this fund and they will be paid back,” he explained.

Sambo further directed that the NIMASA Director General, Dr. Bashir Jamoh, must do the needful for the immediate disbursement of the funds once he gets the formal letter of approval from the Ministry of Transportation.