World Health Organisation (WHO) Director General, Dr Tedros Ghebreyesus, says COVID-19 vaccines are administered in only 10 countries, describing the ongoing vaccine crisis as a scandalous inequity that is perpetuating the pandemic. 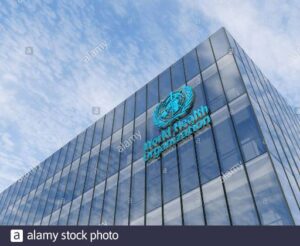 Ghebreyesus, in his address to 74th World Health Assembly, said there was no diplomatic way to describe vaccine inequality.

“There is no diplomatic way to say it: a small group of countries that make and buy the majority of the world’s vaccines control the fate of the rest of the world.”

According to him, COVAX has shipped roughly 72 million doses to some 125 developing nations but those vaccines represent barely one per cent of their combined populations.

The director general reported more COVID-19 cases in 2021 than 2020; almost 18 months into the defining health crisis of our age, the world remains in a very dangerous situation.

“On current trends, the number of deaths will overtake last year’s total within the next three weeks. Regardless of vaccinate rates, no country should assume it is out of the woods,” he added.

In addition, Ghebreyesus said although none of the COVID-19 variants had significantly undermined current vaccines, the virus was constantly changing.

The director general said every country could do more, including increasing surveillance and testing, protecting health workers, and fighting against misinformation.

“They can also implement national vaccine programmes, and donate excess doses to the global solidarity initiative, COVAX,’’ he said.

The director general pushed for countries to vaccinate at least 10 per cent of the global population by September, with a drive to reach 30 per cent by December.

“Sprinting to our September goal means we must vaccinate 250 million more people in low- and middle-income countries in just four months, including all health workers and the most at-risk groups as the first priority,” he said.

The WHO director general also highlighted a proposal by the International Monetary Fund (IMF) to vaccinate 40 per cent of the world’s people by the end of the year, and 60 per cent by 2022.

He also welcomed countries’ commitment to donate doses, including announcements made by G20 nations at their health summit last Friday.

“But to achieve the goals for September and the end of the year, we need hundreds of millions more doses, we need them to go through COVAX, and we need them to start moving in early June,” he said.

“They should also give the mechanism first right of refusal on new volume of vaccines, or to commit 50 per cent of their volumes to COVAX this year.

“And we need every country that receives vaccines to use them as quickly as possible. No dose can lay idle, or worse, be thrown away.

“The bottom line is that we need a lot more doses, we need them fast, and we must leave no stone unturned to get them,” he said.

World Health Assembly (WHA) is WHO’s highest decision-making body and is attended by delegations from all around the world.