“The African Continental Free Trade Area (AFCFTA) has the potential to increase Africa’s export by $560 billion, mostly in the manufacturing sector,” Mr Wamkele Mene, the Secretary General, AFCFTA has said. 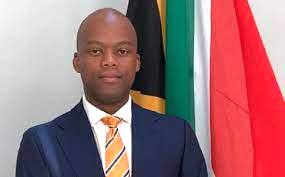 Mene made the remark at the Africa Special Day, hosted by the Lagos Chamber of Commerce and Industry (LCCI), at the ongoing Lagos International Trade Fair (LITF), on Wednesday in Lagos.

He said that the manufacturing sector was exactly what Africa needed for transformative production capacity to take place.

According to Mene, intra-Africa exports are projected to increase by 81 per cent, while the AfCFTA may generate combined business spending of $600 trillion by 2030.

“The AfCFTA presents the potential for market expansions supported by value addition from manufacturing across the African continent.

Mene explained that the AfCFTA would create the largest free trade area in the world, connecting 1.3 billion people across 55 countries with a combined Gross Domestic Product of close to $3.4 trillion.

He also spoke on how the AfCFTA would address some of the bottlenecks in intra-Africa trade.

“By the 13th year, we will be eliminating 97 per cent of goods traded in Africa, eliminate long-term barriers, which for so long limited Africa’s ability to boost intra-Africa trade, simplifying household procedures and facilitating trade across boarders and beyond.

He also spoke on Nigeria’s contributions to the implementation of the AfCFTA as Africa’s largest economy.

Mene said that the Micro Small and Medium Enterprises (MSMEs) had been the drivers of intra-African trade and highlighted the roles of the private sector to the successful implementation of the AfCFTA.

The President of the LCCI, Mrs Toki Magbogunje, in her address of welcome, said that the Africa Day was to showcase Africa’s potential in natural resources, rich culture, large market among others.

Magbogunje said that LCCI believed that intra-African trade, networking, capacity building, and technology transfer are critical to facilitating the integration of African economies, highlighting the benefits of the African Hub Initiative.

“No doubt, AfCFTA has the potential to accelerate the socio-economic development of the African continent.

“We are of the firm belief that a well-implemented AfCFTA will stimulate economic growth through linkage opportunities in trade, commerce, and industry to generate job opportunities, and help to facilitate the economic diversification of African economies.

“Estimations by the United Nations Economic Commission for Africa (UNECA) revealed that AfCFTA can expand Africa’s manufacturing output to $930 billion by 2025, from $500 billion in 2019.

“The Brookings Institution sees Africa’s economic size rising to $6.7 trillion by 2030 from $3.4 billion in 2019 on the back of a well-implemented AfCFTA,” she said.

Magbogunje, however, called for urgent attention to address some issues surrounding the AfCFTA which include establishment of special economic zones; rules around the rules of origin; creating value addition, conclude pending negotiations among others.