The Nigerian Ports Authority (NPA) Chapter of the Association of National Accountants of Nigeria (ANAN), has been inaugurated, with a charge to advance the science and values of accountancy in the administration of Nigerian Ports. 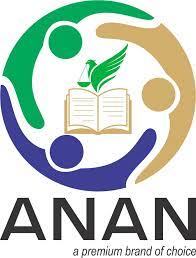 The Mainland Branch of ANAN, led by Evangelist Akinola Soares, was at the NPA headquarters in Marina, Lagos recently to inaugurate the new chapter, the first of its kind in the country’s transport sector.

The ANAN Mainland Branch team was received by the Ag. Managing Director, Mohammed Bello Koko represented by the General Manager Finance, Mr. Sylvanus Ezugwu, along with ANAN members serving at the NPA.

Speaking at the brief ceremony which held in the conference room of the Managing Director, Evangelist Soares stated that the visit offered his team an opportunity to interact with Management of NPA as well as engage its members with the view to deepened accounting education and practice, in the operations of the Authority.

The Branch Chairman further stated that the association has series of programmes of mutual benefits with tertiary institutions towards advancing the science of accounting through organising quizzes, debates and public lectures and sought the support of the NPA towards achieving these goals.

Read Also:  The Many Troubles Of The Council For The Regulation Of Freight Forwarding In Nigeria

Responding on behalf of the management of the Nigerian Ports Authority, Mr. Sylvanus Ezugwu thanked the delegation for the visit and commended the Association for approving and establishing the NPA Chapter.

He stated that as a going concern, the professional inputs of accountants was key to effective performance of the NPA in the discharge of its mandate, while promising that Management would support any programme towards enhancing high accounting standards and practices.

The Lagos Mainland Branch Chairman later administered the oath of office on the executives who would manage the affairs of the Nigerian Ports Authority Chapter of the association.