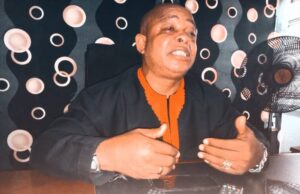 In an official statement signed by the association’s chairman which was made available to our correspondent noted that the operations of the Nigeria Customs Service (NCS) at the Seme border under the leadership of Compt. Jibo has been instrumental to the suppression of smuggling and other illegal activities in and around the border areas.

Shipping Position Daily recalls that the ANLCA boss had earlier decried the increased presence of multiple checkpoints created by government security agencies along at the border access road.

Ojinma however stressed that many of the additional multiple checkpoints were mounted by officers of the Nigerian Police Force (NPF) and army personnel. He added that the CAC has seriously frowns and has zero tolerance to illegal checkpoints.

In his words: “Many of the additional and illegal checkpoints we see along the Seme/ Badagry expressway are mounted by the Police and the Army. The Customs Area Controller of Seme Border, Comptroller Bello Jibo greatly frowns at illegal checkpoints on the road.

“Significantly, the command is doing a lot ads regards curtailing smuggling at the seme border areas. The command is ardent at intercepting high volume of smuggled Premium Motor Spirit (PMS) on daily basis as well as other smuggled prohibited items. The Comptroller is doing a good job” Ojinma concluded.