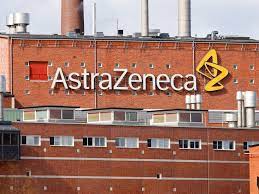 Evusheld “significantly prevented COVID-19 disease progression or death” in the treatment of mild-to-moderate infections, the company said in a statement.

In the morning trading in London, AstraZeneca shares were gaining more than one per cent on the news.

Treatment with Evusheld earlier in the disease course leads to more favourable outcomes, the company said.

The data have been published in The Lancet Respiratory Medicine.

The trial was conducted in non-hospitalised adults with mild-to-moderate COVID-19 who were symptomatic for seven days or less.

In the trial, 90 per cent of participants were at high risk of progression to severe COVID-19 due to co-morbidities or age.

The company said it is discussing the data with regulatory authorities.

Evusheld is a combination of two long-acting monoclonal antibodies and is being developed with support from the U.S. government.

Under the terms of the licensing agreement with Vanderbilt University, AstraZeneca will pay single-digit royalties on future net sales.