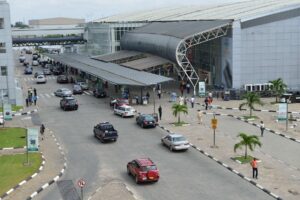 The Chairman of BASL, Dr Wale Babalakin, made the disclosure during an interactive session with Aviation Correspondents at the MMA2 terminal in Lagos on Friday.

The four major terminals that are to be concession are the Lagos, Abuja, Kano and Port-Harcourt airports.

Babalakin noted that the company was qualified because it had within its limited resources operated MMA2 for 14 years and had run the terminal well in spite of challenges.

“On the ongoing process to concession four of the major airports, in more organised climes, they will check the track records of those who have done it well.

“In advanced countries they will offer them a right of first refusal before opening the process.

“ Hence, BASL has within its limited resources operated MMA2 for 14 years and have run the terminal well despite challenges it has come to face from government,” he said.

Babalakin requested for the success rate of the foreign bidders that had shown interest asking how far and well it had gone with other foreign concerns who have invested in the country and relocated one way or another.

BASL chairman said only Nigerian bidders who had the capacity should be interested to bid for the terminals.

Babalakin also called on the Federal Government to implement the approval granted it to commence regional operations from its terminal to ease passengers burden.

He that airlines were being subjected to incalculable loss and passengers to untold hardships by making them transit from MMA2 to the international to connect flights to the West Coast.

The chairman said that as big as its regional facility of the MMA2 terminal was, only about one -third of the place had been put into operation.

He said “before we talk about our own loss, what are the airlines losing? The airlines are bleeding because of the logistics nightmare of having to move from one terminal to the other just because we want to carry the same traffic.