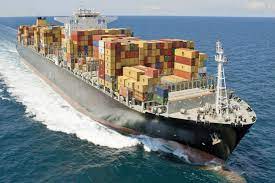 “Since late 2020, owners’ interest in contracting ships smaller than 8,000 TEU has increased significantly and at 1.9 million TEU, the current order book is five times larger than at its low 19 months ago,” says Niels Rasmussen, Chief Shipping Analyst at BIMCO.

Interest in the smaller ships has been particularly big during the last 12 months, accounting for 39.6% of all contracting in this period alone, compared with 22.3% during the 36 months period leading up to October 2020.

“Despite accounting for only 7.2% of the combined trading fleet, contracting has been very active in the 6,000 to 8,000 TEU size segment, now accounting for 10.8% of the total order book,” says Rasmussen and adds “together with ships larger than 12,000 TEU it is now one of only three segments for which the share of the order book exceeds the share of the current fleet.”

The supply of ships smaller than 6,000 TEU may therefore still decrease in the coming years, possibly in actual numbers and certainly as a share of the fleet. The older ships are always prime demolition candidates and going forward, even more so. These ships are more likely to encounter difficulties meeting EEXI and CII targets and therefore could see elevated demolition rates.

Because of the rise in orders for smaller ships, routes and ports too small for the 12,000+ TEU ships can maintain higher service frequency and more calls than if contracting had continued to focus almost exclusively on larger ships.