President Muhammadu Buhari on Monday commended the Nigeria Navy for improving maritime security in the nation’s waters, prompting the delisting of Nigeria from countries affected by sea pirates. 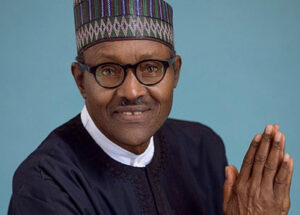 Buhari, represented by the Minister of Defence, Maj.-Gen. Bashir Magashi (rtd.) expressed delight with the development while addressing participants at the International Maritime Conference held in Onne, Rivers.

The conference with the theme, “Optimising Collaboration for Maritime Security and Socio-Economic Development in Africa,” was organised by the Nigeria Navy to commemorate its 66th anniversary.

The News Agency of Nigeria (NAN) reports that the International Maritime Bureau (IMB) had on March 3 removed Nigeria from its sea piracy list.

The president said the country was able to exit the list through the collaborative efforts of the Nigeria Navy.

“We owe a strong reason to support the Nigeria Navy and I make bold to commend the navy for their giant strides in maritime security operations.

“This resulted in several arrests of economic saboteurs, perpetrators of illegal bunkering, smugglers, pipeline vandals, and other miscreants in the fight against illegality in the Gulf of Guinea maritime domain.

“The effort brought about the decline in piracy and ultimately the delisting of Nigeria from the IMB piracy list in March.

“The Nigerian Navy is the pertinent agency in the marine sector that has the responsibility in the constitution to check threats in the maritime domain,” he said.

Buhari also expressed delight that about 35 foreign navies had agreed to partner Nigeria’s navy to further secure the Gulf of Guinea maritime space.

He noted the navies’ collaboration was important especially as crime in the nation’s maritime space had taken an international dimension and threatened the aquatic ecosystem.

“These threats have become transnational and beyond the scope and capability of one nation to deal with.

“The focus is to mitigate the increasing vulnerabilities in African waters especially in the Gulf of Guinea.

“This region is very rich and endowed in living and nonliving resources, and therefore the economic opportunities therein as well as strategic problems cannot be over emphasised,” he added.

Also speaking, the Chief of Naval Staff, Vice Admiral Awwal Gambo, said the inter-navy collaborative operation against criminals in the region was timely.

He said the negative impact of crimes in the region affected both littoral and land-locked countries.

“The current security threats in the Gulf of Guinea is of serious concern to us, as well as the larger African and global community.

“What is perhaps more disturbing is that most of the criminal activities are directed at the economic life of both littoral and land locked countries.

“Typically, maritime threats within the region have become transnational and are evolving beyond the scope and combat capability of one nation,” Gambo noted.