Agricultural officials in Sri Lanka have created a diplomatic spat with the government of China by rejecting a cargo of “contaminated organic fertilizer.” The vessel carrying this unwanted Chinese cargo was refused entry to Sri Lanka, but it has reportedly changed its name and returned, according to local media. 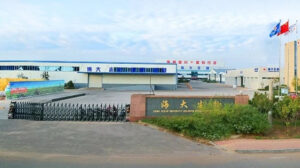 Sri Lankan regulators commissioned a lab test of the cargo to determine its suitability for import. The test, carried out by Sri Lanka’s National Plant Quarantine Service (NPQS), indicated that the cargo was contaminated with bacteria of the genus Erwinia. Erwinia’s many species are responsible for plant diseases like fire blight and bacterial wilt, which can cause serious crop damage.

Based on the tests, Sri Lanka’s Agriculture Ministry refused to allow the product into the country and ordered that the ship should be denied permission to enter port. After a second lab test confirmed the results, Sri Lanka Agriculture Minister Mahindananda Aluthgamage temporarily suspended all imports of organic fertilizer from China.

Qingdao Seawin protested this decision, with strong support from the Chinese embassy in Colombo. In a statement posted to the embassy’s Twitter account, China called on Sri Lankan authorities to retest the fertilizer with a more prestigious lab company, Switzerland’s SGS Group.

“The hasty conclusion made by NPQS is lack of scientific basis [sic]. As such, the decision made by the Sri Lanka authorities to reject Seawin’s organic fertilizer based on the NPQS report is not only questionable but also causing great financial loss to the company,” the Chinese embassy wrote. “The Embassy hopes that Sri Lankan side and the Chinese company could coordinate on the principles of respecting science and facts as well as the spirit of contract, and address differences through dialogue in good faith.”

Meanwhile, the Hippo Spirit and her undesired cargo may have returned to Sri Lanka. According to local media, the vessel has changed her name to “Seiyo Explorer,” and she is now located about 45 nm from the Chinese-controlled port of Hambantota on Sri Lanka’s southern coast.

Commercial AIS data does not confirm this development; Hippo Spirit’s AIS signal was last received by satellite on October 14, in the Strait of Malacca, and at that time her broadcast name remained the same.

Though Sri Lanka may lift its overall ban on Chinese organic fertilizer and accept future shipments, the cargo aboard Hippo Spirit will not be allowed into the country, according to Minister Aluthgamage. He told News First that Sri Lanka’s prime minister had personally conveyed this message to China’s ambassador.

China holds considerable sway in Colombo: it has become Sri Lanka’s lender of choice, and the Sri Lankan government may need its support to avoid default. The nation’s foreign reserves have fallen to just $2.5 billion, and it will have to service $1.5 billion worth of maturing debt next year, raising real concerns over whether it will be able to meet its financial obligations. On Thursday, the ratings agency Moody’s downgraded Sri Lanka’s debt rating to its fourth-lowest level, “Caa2,” citing the country’s lack of a plan for repaying its $35 billion debt burden.