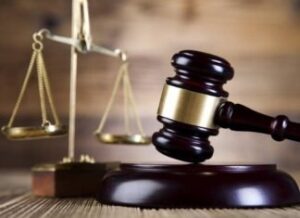 The defendant, who resides at 23, Adenuga St., Ahmadiyya, Abule Egba area of Lagos, is being tried for obtaining under false pretenses, stealing, fraud and making a false oath before a court.

The prosecutor, ASP Raji Akeem, told the court that the offences were committed between October and Nov. 17, 2021 at Apapa, Lagos.

Akeem said that the complainant, Mrs Olufunke Adeniji, was introduced to the defendant as a clearing agent.

The prosecutor said that the defendant collected the sum of N1.1 million for the clearing of two vehicles at the Apapa port and deliver them at the complainant’s house.

Akeem said that the defendant, who promised to deliver the vehicles in one week, failed to fulfill the promise.

The prosecutor said that the defendant also on Jan. 24, under an oath in another court, promised to refund the money, but failed to do so.

The defendant, however, pleaded not guilty to the charges.

Osunsanmi adjourned the case until Sept. 28, for mention.