Clearing Agents Agree With Customs On Redeployment Of VIN Valuation

Clearing agents operating at the nation’s seaports on Thursday unanimously agreed with the redeployment of the suspended Vehicle Identification Number (VIN), Valuation policy of the Nigeria Customs Service on Friday.

In a sensitisation programme on the re-launch of VIN Valuation by the Nigeria Customs Service (NCS), in Apapa, the clearing agents under the aegis of Association of Nigeria Licensed Customs Agents (ANLCA), National Association of Government Approved Freight Forwarders (NAGAFF) and National Council of Managing Director of Licensed Customs Agents (NCMDLCA) and others agreed that the platform which will facilitate quick clearance of vehicles from the seaports should be redeployed by the weekend after grey areas have been solved.

Recall that the VIN valuation policy, which was first introduced in January 2022, allegedly increased the duties payable on fairly-used vehicles by more than 200 per cent and was resisted by clearing agents. 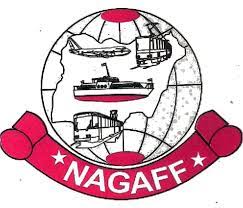 This led to protests that had the ports shut down for about two weeks, and created a backlog of un-cleared vehicles at the PTML and Tin-Can Island ports. This led the Nigeria Customs Service to suspend the policy for 30 days.

According to the Controller in charge of Valuation of the Service, Comptroller Anthony Udeze, the depreciation value of vehicles has not been done properly prior to now. He added that a lot of variables had also been considered as the commission sets out to redeploy its VIN platform.

He said, “We have looked at the various values of vehicles. Look at the ones here and you will see the human touch that has been applied to them. The value before that led to the protest was not properly depreciated. 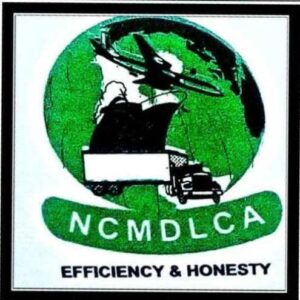 “So, the committee have applied the auto policy and done a linear depreciation from 2021 to 2013. It must be stated at this point that the provision of over 12years of age is still applicable. So, if you are bringing a vehicle that is over 12 years, the value you are going to see is the value for 2013.

“We have given a human face to the values, we have considered all options, accidented vehicles, salvage vehicles were all built-in. What we are presenting today is uniformity and unification of values from all the area commands.

He further assured stakeholders that they were going to enjoy the platform. According to him, the duty value of cars would become favourable for players in the industry as it has taken into consideration the depreciation value of imported used cars. il bunkering.”

However, speaking about the re-introduction, the Apapa Customs Controller, Comptroller Yusuf Malanta, said the Service remained committed to the VIN valuation policy, and assured that all areas of concern would be addressed as implementation commences.

Noting that the importance of automation on Customs processes cannot be over-emphasised, Malanta said with the implementation of VIN valuation, agents can sit in the comfort of their offices and process clearance of their vehicles.

He said: “Automation of Customs process is very essential and valuation of vehicles is not out of place. Now agents can sit in the comfort of their offices and process clearance of their cargoes. The world is going digital and Nigeria cannot afford to stay behind watching people take advantage of digital technology for business facilitation”.

He told the clearing agents, “if there is anything we need to adjust, let us know. We will adjust it but there is no going back on the VIN Valuation.”

Comptroller Malanta assured that there will be continuous engagement with agents on the policy, adding that a help desk would also be created to help address any challenge that could arise in the course of the deployment.

“Teething problems are expected when there is a new deployment. But I can tell you there is an improvement from where we are before and now. It is a transitional process, so measures have been put in place to create a help desk to address any challenge particularly the issue of auto- release and request for the hard copy of valuation assessment for agents,” he said.

On his part, Controller PTML Command, Comptroller Festus Okun, while highlighting the benefits of the policy to both clearing agents and Customs said with the VIN valuation, there will be uniformity of value, predictability and convenience creating a win- win situation for both parties.

“The Customs Service has just built into our processes and procedures the basic principles of taxation which entails uniformity, fairness, predictability and a host of others. With this VIN valuation, there would be uniformity and predictability. There will be certainty and convenience; convenience in the sense that you don’t need to queue in front of anybody before you will get your value, you can do that in the comfort of your house and these are the basic principles of taxation. We have always been talking about trade facilitation and this means of applications of modern techniques into processes and at the same time improve on the quality of control in a harmonised manner.

“I employ everyone not to see what we are going to as a case of win and pay; we should be on the same page. We should work together to see that this thing works in an environment that would promote trade and everybody will be beneficiary,” he said.

In his remarks, the acting national president, ANLCA, Dr Kayode Farinto, said the introduction of the VIN platform will enhance unified valuation for clearance of vehicles in the nation’s seaports.

He said: “This is a welcome development and it will lead to unification of customs duty on imported vehicles, but we also need to be compliant because it is when we are compliant that customs will move to auto release. We must increase our level of compliance to get auto release which happens to be our right.

Also speaking, the Public Relations Officer, ANLCA, Port and Terminal Multiservices Limited (PTML), Suleiman Ayo, said although there will be teething problems during the deployment of VIN, the service should create an Alternative Dispute Resolution (ADR) and help desk to help resolve the issues.

According to him, the deployment of VIN Valuation policy will stop interception of already cleared vehicles on the road by other Customs Ad-hoc unit such as the Federal Operations Unit, Comptroller General of Customs, Strike Force Unit and Customs police.

He said, “They can deploy the policy over the weekend as agreed, but all our complaints should be looked into properly. ADR and help desk should be created but with VIN Valuation platform, Customs and clearing agents will now be on the same page as under the table dealings will stop, Customs FOU, CGC Strike Force as well as Customs Police harassment if vehicle owners as there will be uniformity in Customs valuation and duty payment

Suleiman, however, warned against server breakdown, a situation he advised the service to guard against.