Mr Mufutau Abolarinwa, the National President of Cocoa Association of Nigeria, has described as falsehood the news making rounds that EU plans to ban export of cocoa from Nigeria. 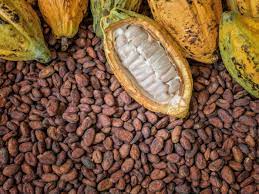 Abolarinwa said that there was no iota of truth in the news making rounds in some media of the planned ban by the European Union.

He made this clarification in an interview on Saturday in Akure.

Abolarinwa said that the issue had not been discussed at the Council of International Cocoa Organisation at any time, “not to talk or think of a ban”.

He advised the harbingers of the false story to desist from such, describing it as absolutely unpatriotic activity, saying, “Nigerian cocoa has the best aroma globally”.

He said that the claim that cocoa producers did not meet the maximum residue limits set by the EU for agricultural produce was nothing but a cooked up story.

“In the last few weeks, we have been inundated with calls and enquiries concerning some misinformation being peddled around regular and social media platforms that Europe will ban or has banned export Nigeria cocoa..

“The reports said it is because Nigerian cocoa producers do not meet the maximum residue limits set by the EU for agricultural produce, including cocoa and that the EU had issued a notification to that effect.

“The Cocoa Association of Nigeria wishes to state emphatically that there is no such decision by EU countries or any country whatsoever.

“The President of Cocoa Association of Nigeria sits in the Council of the International Cocoa Organisation (ICCO) which discusses, debates and agrees upon all international regulations for implementation on cocoa and no such issue has come before the ICCO.

“No such communication has also come to Cocoa Association of Nigeria, which was established in 1986 as the umbrella body for all cocoa stakeholders from research, through farming, input provision, trade, export, processing, manufacture and consumption.

“We can confidently affirm that at no time was Nigeria in the red list of any cocoa importing or consuming country, then or now.

“We cannot hide from the reality that there had been incidences of poor, adulterated and sometimes abused pesticides in cocoa production

“But with regular interaction with farmers, increased training for exporters and capacity building among farmers on best agricultural practices in cocoa things are rapidly improving,” he said.

Abolarinwa said in spite of the neglect and myriad of challenges facing the industry, it remained the country’s number one non-crude oil foreign exchange earning commodity of the Industry

“Our contribution to the nation’s economy exceeds N400 billion per annum from sale of cocoa beans and secondary products.

“There are nearly 50 major local cocoa exporters, over 20 foreign exporters all of who employ hundreds of thousands of Nigerians,” he said.