Lagos State Government is seeking for Public and Private collaboration to foster growth and investment in the waterways transportation in order to reduce traffic congestion in the state. 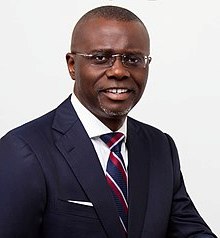 Gov. Babajide Sanwo-Olu of Lagos state disclosed this during the Lagos Waterways Investment Summit organised by the Lagos State Waterways Authority (LASWA) in Lagos on Thursday.

The summit was the maiden edition put together by Future Cities Nigeria (FCN) and LASWA.

The theme of the event is “Lagos State Transportation: Transformation and Investment Opportunities”.

Sanwo-Olu said that areas of investment required by the private sector included the provision of water transportation (passengers, car and cargo), construction of infrastructure and management, technical partnership and consultancy, financing and provision of logistics.

He said that the state covers 1,171 square kilometres of Nigeria’s land mass, 40 per cent is water, with lagoons and creeks covering 22 per cent.

Sanwo-Olu, represented by Mr Ope George, the Special Adviser, Office of Public-Private Partnership, said that successful partnership with the private sector in waterways would bring positive change to the state’s socio-economic status.

The governor noted that the state government had made some interventions in the waterways sector, which would further boost the enabling environment for the private sector.

According to him, that the Lagos State Ferry Service (LAGFERRY) ferried members of the national soccer team, the Super Eagles, to Porto Novo on March 26, bears a bold testimony to this vast potential.

He noted that the state is the most populous and the engine-room of its business and commercial activities, housing headquarters of many giants in the financial and industrial sectors.

The Special Adviser on Sustainable Development Goals (SDGs) and Investments to Sanwo-Olu, Mrs Solape Hammond, said the state promised to identify and promote genuine and specific foreign direct investment on waterways in the state.

Hammond said the state would always serve as a ‘business ombudsman’ that helps investors and the local business community navigate government bureaucracy.

She noted that the state would also act as a one-stop shop for investors intending to invest in Lagos State, thereby promoting private, civil and development sector partnership.

Hammond said it was an incontrovertible fact that Lagos derived its age-long excellence in significant measure from the worthy contribution of the private investment to its socio-economic development.

“We assure our potential investors that your investments are safe-Fitch international just improved our rating from AA+ to AAA long term for fiscal red pins,’’ she said.

Emmanuel said the purpose of the investment opportunities in the waterways was to provide an alternative public transportation service that was accessible and affordable to all sections of the state.

He said: “The investment opportunities will therefore compliment the efforts of the present government to combat traffic congestion on the Lagos roads.

“It will also reduce the amount of time it takes for citizens to commute especially during the peak period.

“In addition, this will also assist in poverty alleviation through increased economic activities from the provision of safe, cheap and reliable transportation,’’ he said.

Emmanuel said LASWA had adopted a ferry operators licensing framework, prioritised route had been approved and it also had a route licensing template for private investors to thrive in the waterways transport sector.

The Managing Director, National Island Waterways Authority, Mr George Moghalu, urged the state government to collaborate with the Federal Government on waterways development in the state.

Moghalu said that the partnership should be in the area of safety, sensitisation campaign for boat operators and security of waterways users.

He said the state government should also partner with NIWA in the area that would not lead to multiple taxations on the part of boat operators.

The managing director said NIWA’s doors was opened to collaborate and partner with key stakeholders to ensure that the waterways are attractive to investors and users in the state.

The Chairman House Committee on Transportation Temitope Adewale, British Deputy High Commissioner in Lagos Ben Llewellyn-Jones, Future Cities Nigeria (FCN) and Team Lead Kayode Khalidson were present at the event as well as representatives from the Netherlands and French embassies.