In 2013-2014, three newly established Mozambican companies took out a $2.2 billion loan. They all had links to people in the inner circle of former Mozambican President Armando Guebuza, and the Mozambican government was secretly listed as a guarantor – without the parliament’s approval. 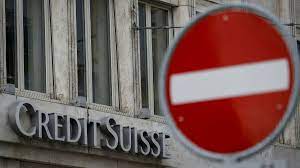 One of the companies is state-owned EMATUM (Mozambique Tuna Company), which allegedly was to receive some of the cash to procure tuna fishing boats. The rest would go into the construction of a shipyard in Maputo and maritime security projects along the country’s coastline.

According to auditors, $500 million of the money reportedly went missing. The secret loans saga would quickly precipitate into a fiscal crisis, and in 2017, Mozambique defaulted on $727 million of bonds, causing its currency to plunge. IMF and other foreign donors at the time also withdrew aid when the fraud surrounding the loans emerged.

Credit Suisse bank has been under investigation by UK and US financial authorities, since it arranged for the loans. The authorities blamed the bank for inadequate controls to reduce the risk of fraud, despite having knowledge of the likelihood of bribery related to government projects.

In addition, a contractor allegedly arranged for kickbacks totaling $137 million, including $50 million for Credit Suisse bankers, according to documents obtained by the regulators.

On Tuesday, Credit Suisse Securities Europe Ltd (CSSEL), a unit of the bank, pleaded guilty to a single charge of conspiracy to commit wire fraud at a hearing in Brooklyn Federal Court. The parent company, Credit Suisse AG, also entered into a three-year deferred prosecution agreement with the U.S Justice Department.

The settlement includes a $247.5 million criminal fine paid to the U.S. Justice Department, which will be reduced to $175.5 million after crediting payments to other authorities; $100 million paid to the U.S Securities and Exchange Commission; $200.6 million paid to UK’s Financial Conduct Authority; and the forgiveness of $200 million in debt owed by Mozambique as a result of the loans.

“Credit Suisse Group AG, through its U.K. Subsidiary CSSEL, defrauded U.S and International investors in connection with a lending project in Mozambique. Among other things, Credit Suisse AG, CSSEL, and their co-conspirators deceived investors by hiding information about the risk that the loan proceeds were used for illegal purposes in connection with the restructuring of the loan,” said Assistant Attorney General Kenneth A. Polite Jr. of the Justice Department’s Criminal Division.

In addition, 19 suspects – including Ndambi Guebuza, the son of Mozambique’s former President Armando Guebuza – are on trial in Maputo on charges of blackmail, embezzlement and money laundering.