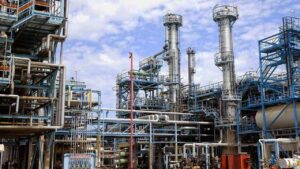 The National President of the association, Mr Benneth Korie told newsmen on Monday in Abuja that the refinery would begin crude oil refining before the end of 2022.

He quoted the Minister of State for Petroleum Resources, Chief Timipre Sylva as assuring that the PHRC refinery would soon begin crude oil refining.

The Nigerian National Petroleum Company Limited (NNPC Ltd) commenced the rehabilitation of PHRC refinery in May 2021.

The Federal Executive Council (FEC) had approved $1.5 billion dollars for the rehabilitation exercise which was being executed by Tecnimont SPA, an Italian company, in three phases of 18, 24 and 44 months.

This, he said, brings the combined crude processing capacity of the PHRC refineries to 210,000bpsd.

He said with this development, the price of petroleum products would go down, adding that the refinery had been under maintainace and would come up in production once operation began.

“But we have assurances from the Minister of Petroleum Resources that the PHRC refinery will start working this December, definitely between now and end of January 2023.

“After Port Harcourt, other refineries including Warri and Kaduna will come up because work has been seriously going on there.

“Then you will see that prices of petroleum products will go down on its own because there is a difference between importation of products and loading from our refineries,” he said.

He said the refinery, when it become operational would blend Automative Gas Oil (AGO), Premium Motor Spirit (PMS), DPK, Jet A1 and other products.

The NOGASA president decried delays and cost of distribution of products due to loading from the depot, adding that once the refineries began operation, importation of petroleum would stop and the trucks would loading directly from it.

“Formerly; trucks used to load from refineries but now paid vessels spend between 10 and 14 days to load product from depots as against one day, marketers and transporters are suffering and sacrifice a lot in the bid to distribute products,” he said.