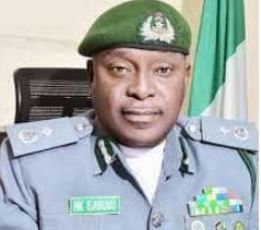 The acting Customs Area Controller (CAC), Hussein Ejibunu, while speaking to journalists on Wednesday during a press briefing, stated that the product was intercepted by officers on the verge of being smuggled out of the country.

He added that the officers of the unit also intercepted 9,000 bags of smuggled foreign parboiled rice worth 15 trucks.

He, however, stated that the unit seized smuggled goods with a total Duty Paid Value (DPV) of N1.021 billion in November 2022.

He explained that the country would have lost that sum to duty evasion, either through undervaluation, under-declaration, application of wrong Harmonised System (HS) codes or outright false declarations, “but for our meticulous oversight and prevention as a layer of checks.”

Ejibunu further disclosed that 14 suspects were arrested for different offences in connection with the seizures during the period under review, 13 of whom have been released on administrative bail while one was still in custody.

On the unit’s resolve against trade infractions of all sorts, Ejibunu noted that typical of lawless smugglers and enemies of the national economy, smugglers have exhibited their expected desperation towards the end of the year.

He, however, said the logistics support, including patrol vehicles and other operational support from the Comptroller-General of Customs, Col. Hameed Ali (rtd), and members of his management team, the unit remains highly motivated to play their roles in the seizures.