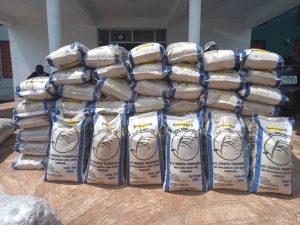 This is contained in a release signed by the Command’s Public Relations Officer, Jerry Attah and made available to newsmen in Owerri on Monday.

Attah said that five suspected smugglers were also arrested within the period under review.

According to him, the contraband goods include 45 rolls containing 4,500 sachets of 225mg each of royal brand of tramadol, 19,725 sachets of Dizapam tablet, and 210 bags of 50kg foreign parboiled rice.

Others are 240 pieces of used tyres and 668 pairs of used shoes most of which were intercepted along the Okada-Benin/Lagos Expressway. 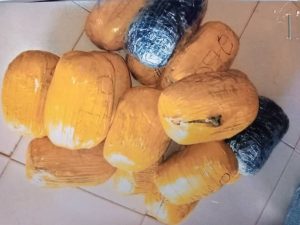 He said that the Zone ‘C’ Comptroller, Yusuf Lawal called for all hands to be on deck so as to reduce smuggling to its barest minimum adding that its ravaging effects on the country’s economy could not be overemphasized.

Lawal, he said, commended the resilience and doggedness of his officers and men and urged them to remain diligent in the discharge of their duties, sustain anti-smuggling operations and ensure that revenue leakages are blocked.

He added that having strengthened its anti-smuggling operations, smugglers would never have a filled day.

“We must sustain our anti-smuggling operations by making sure all revenue leakages are blocked so as to thwart the antics of these dare devil smugglers who used different methods of concealment for smuggling.

“There will never be a fertile ground for smuggling and this is why we advise smugglers to look for genuine, legitimate businesses to do because we will never give them a breathing space,” he said.

He however, appreciated the assistance of other security agencies and the media in the fight against smuggling while thanking the Comptroller General, Col. Hameed Ibrahim Ali (Rtd.) for his continued support.