by Ade
in News
The Nigeria Customs Service has opened a new vista of relationship with owners of some free trade zones in the country, a development which is likely to enliven activities at the exclusive trade zones. 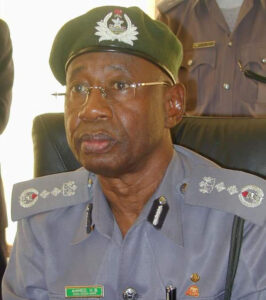 This cheering news filtered out last week after visits by the Comptroller General of Customs, Alhaji Hamman Belo Ahmed to some of the zones, especially, the Calabar free trade zone, Onne Oil and Gas free trade zone and Tinapa business resort in Cross Rivers State.
It was however a different ball game at some of the zones in Lagos where the Customs boss ordered the immediate suspension of operations over their inability to comply with relevant law governing their operations.
He accused them of violating Act 18 of Nigerian Export Processing Zone Authourity (NEXA) which stipulates that before an operation can commence in a free trade zones there must be secured gates and perimeter fencing of the zone.

But while carrying out an on the spot assessment of the Lagos Free Trade Zone in Lekki last weekend, the Customs boss said the management of the zone has broken the rules by starting business activities without the completion of necessary infrastructures such as gates and perimeter fencing. Besides, Bello also lamented the absence of security agencies at the Zone.
Consequently, he has directed that shipments of containers from the ports should be stopped immediately while duties should be paid on the consignments already shipped into the zone except the ones with construction equipments.shippingposition