The Sector Commander, Compt. Olugbenga Peters, disclosed this at a news conference at the Custom House in Ilorin on Tuesday. 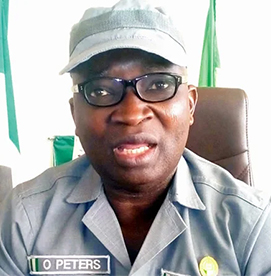 Peters said that from the records made available by NNPC/DPR, only 13 petrol tankers were granted approval to load petroleum products every week to border communities, to prevent excess products being smuggled out.

He however warned that escort officers of the approved petroleum tankers loaded with petrol to the point of discharge should not be mistaken for smuggling out of the country.

He said that it was part of the strategies to avoid same products from being smuggled out or diverted.

He said that smugglers have continued to advance with their techniques of smuggling and have resorted to using sacks to smuggle petroleum products.

“I want to warn these criminal elements operating in the sector that any method, scheme or tactics used, shall be uncovered, arrested and prosecuted.

“We are more determined than ever to make the sector uncomfortable for them, as the sector will henceforth beam its search light on trucks with sacks,” he said.

Peters said that a team of officers deployed to the Lokoja axis of the sector arrested a truck with Reg. No: FST 102 XT, along Lokoja-Abuja highway, transporting 650 bags of diesel, 60 liters each, concealed with sawdust.

Read Also:  FG Assures No Worker Will Be Laid-off In Airport Concession

“While conveying the said goods to Sector 3 Headquarters, Ilorin, the truck was involved in an accident around Egbe in Kogi state and the seizing officers had to transfer the goods to another vehicle.

“The truck and the two suspects were handed over to Egbe Police station in Kogi,” he said.

According to him, the measures streamlined by the sector, including professional skills, uncommon courage and tactical operational strategies adopted had yielded positive results, which had led to 82 seizures of different items.