The Strike Force Unit Zone ‘A’ of the Nigeria Customs Service(NCS) said it intercepted  and  impounded a truck laden with Cannabis sativa worth over N516 million and as well recovered a total of N5.8 billion from importers who refused to pay accurate duty to the Federal Government coffers in 2022. 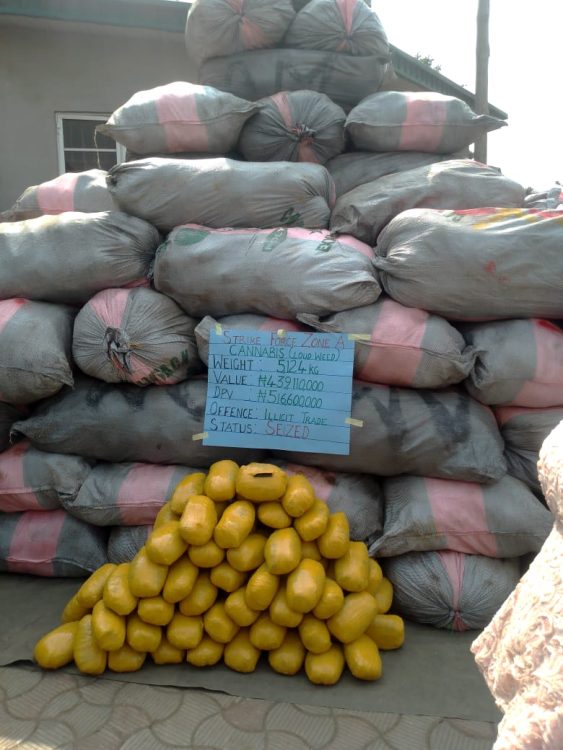 Speaking during a press briefing on Wednesday, the Strike Force Coordinator, Mohammed Yusuf, said the Cannabis Sativa was intercepted around Lekki in Lagos along the Seaside at about  2am.

He added  that the unit intercepted N5.8 billion from Demand Notice (DN) from fraudulent importers between January and December, 2022.

Yusuf said the unit also seized different contraband worth N9 billion, he stated that  among the seizures made within the period under review were :225mg of Tramadol, 100mg of Sildenafil Citrate, Codeine cough syrup, Used Tyres, Bales of second hand clothings, bags of Foreign parboiled rice, Containers of Timber, Pangolin scales, Slabs of donkey skin and Cannabis Sativa among others. All with a Duty Paid Value (DPV) of over N9 billion.

The Coordinator, while attributing the seizures to the intelligence and bravery of his officers, warned that the team had already reinvigorated their round-the-clock operations, while urging parents to warn their wards against the intake of illicit drugs as the effects are bad and detrimental to their health and career.

“On this Cannabis, it was intercepted following credible intelligence, we intercepted it somewhere around Lekki along the coast at midnight. On getting there we saw a lot of men loading the contrabands from the ship directly into the truck despite the sea waves. Immediately our officers got there, they discovered that they had already loaded the first truck; they were loading the second and third trucks when we got there.

“And there was pandemonium like I said earlier when we got there, we saw some other agencies, we don’t know who they were. But after lots of heated arguments, we were able to take this truck down to our office, and the people who were loading the consignment ran away.” 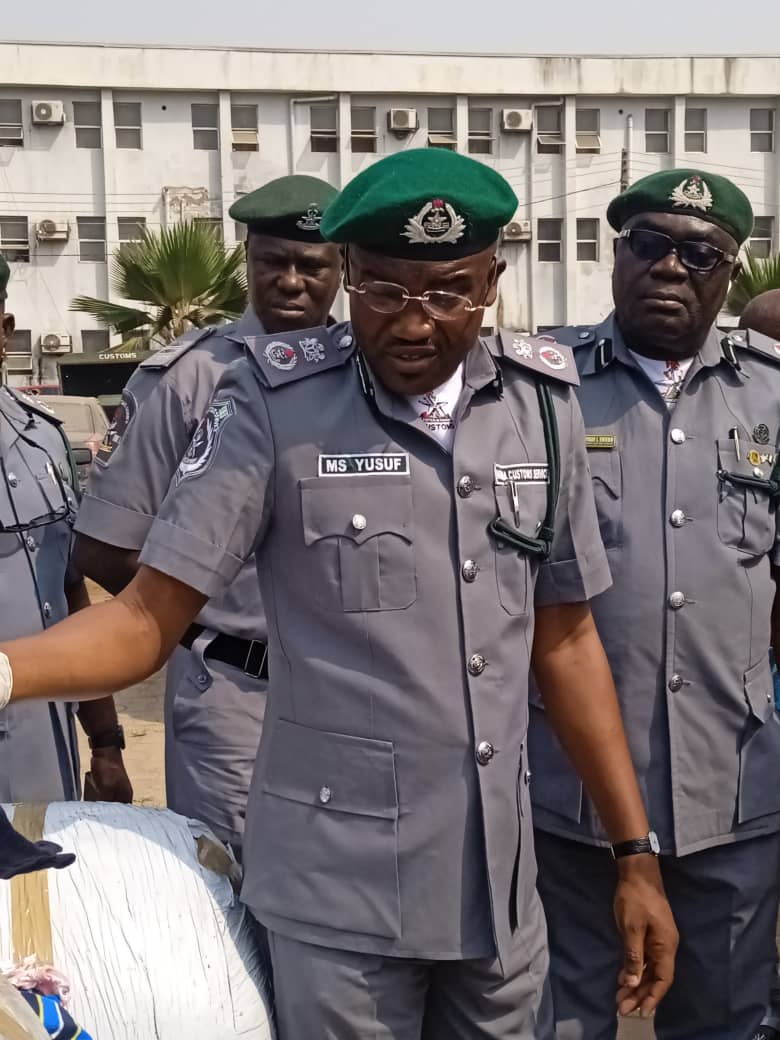 He explained that the officers were able to take one truck because it had already been loaded, parked outside and was waiting to be taken out before his men busted them.

“This particular truck was parked outside while they were loading the other two trucks, they never knew we were coming. So they had loaded this truck and kept it outside. So when we came, while they were arguing we decided it is better we take the ones we are seeing and also for the safety of our officers. So one of the officers drove the truck, he said.

He also informed that in the same January, the team also seized 705 bags of foreign parboiled rice 50kg each with a duty-paid value of N42 million and also 11 bales of second-hand clothing with a DPV of N3 million.

“Remarkable among the seizures made within the period under review were; 225mg of Tramadol, 100mg of Sildenafil Citrate, Codeine cough syrup, Used Tyres, Bales of secondhand clothings, bags of Foreign parboiled rice, Containers of Timber, Pangolin scales, Slabs of donkey skin and Cannabis Sativa among others. All with a Duty Paid Value (DPV) of Nine Billion, One Hundred and Twenty-Two Million, Seven Hundred and Ten Thousand, Three Hundred and Fifty-Five Naira (N9,122,710,355)”,he said.