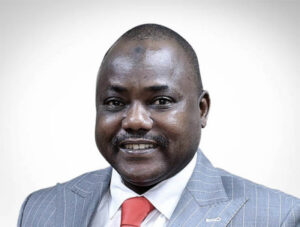 Auwalu made the disclosure when he led a delegation of DPR management team to the Executive Secretary of Petroleum Technology Development Fund (PTDF), Mr Bello Gusau, in Abuja last week.

He said that 70 per cent of the revenue projection had already been met.

“Last year, we exceed our revenue budget. We were given N1.5 trillion but we were able to generate N2.7trillion.

“So, we with September, October, November and December, it is only the 30 per cent that we will work over,’’ he said

He noted that government took advantage of fiscal terms within the old and new legislation,thereby creating a level of increased signature bonuses.

“We reorganise the work programme that is normally being done in the DPR to key into the new operational structure as we see it in the bill, now an act.

“That programme is being handled by the planning and strategic business unit as against what we use to have, because the entire work programme is supposed to show not only technical, but also commercial and viability of oil fields and to guarantee the return on investment for investors.

“We have also created an economic value and benchmarking unit to key into the new fiscal provisions of the PIA,’’ he said.

Commenting on capacity, Auwalu said the country stands at the advantage of exporting skills to emerging oil and gas countries across Africa with proper implementation of the newly passed Petroleum Industry Act.

This, he said, the DPR was ready to partner with the Fund to continue to build capacity in the oil and gas sector

He noted that the Federal Government was determined to create leeway that would encourage investors and drastically improve the nation’s petroleum industry.

He further noted that no fewer than 300 legal battles in the oil and gas industry in Nigeria, which had been stalled for the past 20 years in courts, had been resolved through alternative dispute resolution.

According to Auwalu, the DPR is strategising well to ensure effective implementation of the PIA.

Responding, Gusau commended the DPR for enabling the industry and enhancing business activities in the oil and gas sector.

He said that DPR remained the head of the oil and gas industry in Nigeria adding that the Fund was grateful to benefit from the wealth of ideas from DPR.

“The last time we visited, we had good discussion and issues raised are being implemented like tracking the inflow of fund in signature bonus accounts.

“We extended the meeting and involved ministry of Finance, Accountant General office and even the Central Bank of Nigeria (CBN).

“Sitting at field development plans and attending significant meetings, helped us to know where and what the industry is trying to do and it also helps to inform our decisions in training and capacity plans,’’ he said

He assured collaboration with all as the head of the implementation committee of the Petroleum Industry Act.