The Economic Commission for Africa (ECA), has inaugurated a network for Francophone African journalists to enhance the visibility of the African Continental Free Trade Agreement (AfCFTA). 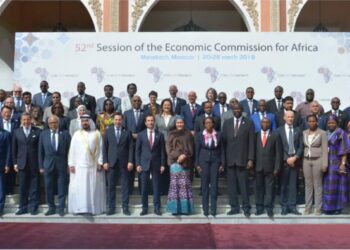 This is contained in a statement issued by the Communications Section of the ECA on Monday.

The statement said that a three-day workshop was held in Dakar, Senegal from Sept. 12 to 14 tagged: “AfCFTA Media Network”.

The network of journalists, supported by the European Union, comprises editors, journalists and bloggers from newspapers, online media, radio and television networks.

The overall objective of the network is to foster the development of a responsible and dynamic partnership with African Francophone media for the successful implementation of the AfCFTA.

Through this partnership, United Nations ECA seeks to actively involve these journalists in informing the population in the implementation process of AfCFTA.

The commission also seeks to raise awareness and sensitise citizens in their own countries through their reporting.

Ibrahim Moussa, a journalist from Niger and a member of the network, said the workshop was useful to him and other participants.

“In spite that I have been covering AfCFTA activities, it is through this training that I have discovered the real issues, and especially what is expected of us in AfCFTA implementation,’’ Moussa said.

Also speaking, Aichath Alédji, a journalist from Benin, said the idea of establishing an AfCFTA Media Network was very interesting as it provided a platform to share stories on AfCFTA.

“We are used to saying that a journalist’s first source is his or her colleague and today it is a chance to have such a rich and diverse AfCFTA ‘Address Book’.”

He said that the ECA experts’ presence in the platform was an opportunity to seize.

“This is because we then have continuous and reliable information that we can partake with our audience,” Alédji said.

The commission had already established a similar network for English-speaking media in March.

Francophone journalists urged UNECA to provide a link between the Francophone and the Anglophone network so they could jointly work on enhancing the visibility of AfCFTA.

The establishment of this network is part of the European Union-funded project: “Deepening Africa’s Trade Integration through Effective Implementation of the AfCFTA to Support Economic Integration’’.

The aim of the project is to advocate the ratification and implementation of AfCFTA by all African Union member states.

It also aims to support member states to develop and operationalise their national strategies and a national plan for effective implementation and monitoring of the AfCFTA.

It further aims to build the capacity of national and regional stakeholders to implement the competitiveness and structural reforms necessary for the AfCFTA to achieve its intended outcomes.