A former National President of the Nigerian Merchant Navy and Water Transport Senior Staff Association (NMNWTSSA), Captain Thomas Kemewerigha has called for the sanction of unauthorized outfits parading themselves as Merchant Navy Associations. 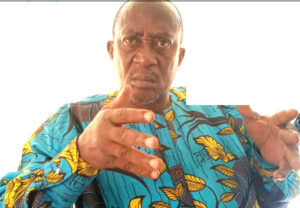 This is even as he has lent his voice to the call for creation of a Maritime Coast Guard in the country, for the protection of lives and properties on Nigerian waters.

“I am very surprised when people related to marine are kicking against the establishment of the Coast Guard in Nigeria. This is because all major maritime states of the world with the likes of America, United Kingdom, India, Singapore, Malaysia all have Coast Guard, apart from Nigerian. Nigeria should not be an exception, taking into consideration the role of Nigeria in the West African region when it comes to security with Nigeria having the largest coastline in the West Africa sub region, including and the act of banditry, militancy, piracy, sea robbery, it is long overdue for the establishment of Coast guard in Nigeria.

Kemewerigha noted that Nigeria still has several cases of kidnappings, banditry, bunkering, theft and sea robbery on Nigeria waters, due to the ineffective presence and impact of the Nigeria Navy. He mentioned that despite the huge budget allocated to the Nigeria Navy every year for the purchase and maintenance of security fleet, the impact of these assets are yet to be felt, hence there is a need for the Coast Guard to complement their efforts.

“From the economic view, despite the presence of the Nigerian Navy, we are still experiencing high piracy rate in the Gulf of Guinea with Nigeria at the reference point. Today, all multinational counties are spending extra money for security providing security; boats which are not owned by the Federal Government to protect their properties offshore. It means either the Navy is undersized or their areas of specialization are devoid of the core functions of the Nigerian Navy. How many of the Nigeria Navy ships are really working in terms of patrol. In a situation whereby you have a minimum of 24 creeks from Badagry to Calabar, how many Naval presence are felt in the entrance of these creeks? When a Policeman mounts a road block, whether we like it or not you will feel their impact because the stop and search vehicles.

“How many of these creeks are being policed by the Nigerian Navy. These sea robbers as I call them do not fall from heaven, they come from the creeks. So if we have much personnel like the Coast Guard to police some of these creeks, even the local fisherman will be checked. If he is disguising to carry nets and there are arms under the nets, it will be discovered. It is when they get into the high sea that it becomes no man’s land”, he said.

While emphasising the need for Coast Guard in Nigeria, the Ex-Merchant Navy boss noted that the specific functions of the Coast Guard is to “create employment, increase our resources, protect our properties offshore and human lives will be saved”.

Speaking on the allegations that some pseudo outfits and platform parade themselves with names and identity suspected to be the Nigerian Merchant Navy, the former two-term National President of the Merchant Navy association, Captain Kemewerigha said such persons should be arrested by the government. He noted that these outfits in most cases delve into illegal and dubious activities, thereby undermining and denting the image of the genuinely registered associations.

“It becomes very worrisome to hear other people bearing the name Nigeria Merchant Navy or Merchant Navy Security Outfit or Corps and the likes and their activities are not in line with government policies. In most cases, they are delving into dubious activities. The government is expected to make findings on who these groups are. So when different names come up with different forms and activities, people look at the main body with a different eye”, he said.