The Manufacturers Association of Nigeria (MAN) says the proposed re-introduction of excise duty collection on non-alcoholic drinks will see producers of the items lose up to N1.9 trillion in revenue sales. 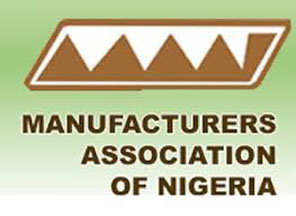 Mr Fred Chiazor, Chairman, Fruit Juice Producers branch of MAN, made this known at the MMS Business discourse in Lagos on Tuesday.

Chiazor added that the loss in revenue sales was between 2022 and 2025.

He discussed on the theme: ‘X-raying the Proposed Excise Duty Regime for Carbonated Beverages in a Recovering Economy’.

He added that the amount indicated a 39.5 per cent loss due to imposition of the new taxes with concomitant impact on jobs and supply chain businesses.

He called for a suspension of the fiscal policy, even as it noted that the proposed excise duty collection would shrink the sector’s contribution to the GDP which was currently represents 35 per cent of manufacturing.

“Government can lose up to N197 billion in Value Added Tax (VAT), EIT fund and Collective Investment Trust (CIT) revenues occasioned by the drop in industry performance,” he said.

He argued that the current tough economic situation in the nation should see the government introduce fiscal palliatives and tax rebates instead of introducing excise duty collection.

Also, the Comptroller-General of the Nigeria Customs Service (NCS), Col. Hammed Ali (Rtd), said that the introduction would trigger a significant revenue rise from excise duty when brought under excise control.

Ali said this was due to the wide production and consumption of the carbonated non-alcoholic drinks locally.

Ali, who was represented by the Controller, Lagos Industrial Command, Comptroller Monica Shaahu, presented a paper, titled, “Merits and Demerits of Excise Duty in a COVID-19 Recovering Economy.”

He noted that bringing the carbonated non-alcoholic and alcoholic drinks under excise control would cushion the effects of the overdependence on oil/import duty revenue occasioned by global economic response to COVID-19.

“Away from the revenue view, the health and environment hazards presented by the production and consumption of carbonated drinks will be ameliorated, bringing them under regulation and control.

“Excise traders under the new regime are likely to think of exportation to enjoy the duty free delivery incentives from the federal government, thereby attracting more forex to the economy.

“Given the lesson learnt from the impact of COVID-19 and its effects, many nations of the world have re-strategized their economies in a more diversified way to achieve a robust, stable and prosperous economy with a long-term benefit.

On his part, the President of Water Producers Association of Nigeria (WAPAN), Mr Mackson Odiri Egberi, argued that the move to collect excise duty on water would see the product go beyond the reach of the ordinary citizens.

Egberi argued that the chemicals used by water producers as well as the sachets are imported and subjected to import duty payments.

He lamented that excise duty collection would be an additional burden on producers and that would force them to shut down or compromise on their standards.

A member of the Nigerian Economic Summit Group (NESG), Dr Ikenna Nwosu, advised that the initiative be shelved for a minimum of one year to allow for robust discourse with industry stakeholders on the possible gains and shortcomings of the policy.

Read Also:  NAGAFF Calls For Prayers On Behalf Of ANLCA

Nwosu posited that the one-year waiting period would also enable the nation’s economy, especially its manufacturers recover from the debilitating effects of the COVID-19 pandemic.

He noted that most global economic bodies, including the International Monetary Fund (IMF) and the World Trade Organization (WTO), are advising governments to suspend taxes for one year as part of efforts to support their businesses amid the global fiscal challenges.

Jime, who was represented by the Council’s Director of Consumer Affairs, Chief Cajetan Agu, encouraged industry stakeholders to be more concerned about other logistics infrastructure challenges that puts Nigeria in a disadvantageous position for the regional trade.

“AfCFTA is a a rule-based market. Instead of focusing on the issue of local taxes, we should focus on Nigeria’s area of advantage. What’s the level of automation at Nigerian ports?

“Are there scanners, Nigeria isn’t connected to other nations via rail. Is there a sound logistics platform in the country to support AfCFTA?” the NSC boss asked.