The Nigeria Association of Liquefied Natural Gas Marketers (NALPGAM), has called for improvement in the handling and distribution of LPG to ensure safety. 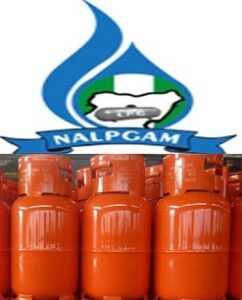 He said the incident highlighted the need to improve safety in handling and distribution of Liquefied Petroleum Gas (LPG).

According to him, the frequency of such incidents is becoming alarming, which is not good for the image of Nigeria and the gas business itself.

“As an association, we have always tried our best to heighten the awareness on the safe handling of LPG at homes, at retail shops and in transit.

“We have a training centre where we undertake training in collaboration with consultants to the Department of Petroleum Resources on the safe handling and trucking of LPG,” he said.

He noted that NALPGAM was awaiting a comprehensive report of what led to the incident from the relevant authorities and would utilise its recommendations to enhance safety.

Essien said while the Federal Government was working on encouraging more Nigerians to switch to gas as energy of choice, such incidents were capable of thwarting the efforts of government.

He said there was, therefore, need for every operator to adhere to the safety measures put in place to safeguard the usage and distribution of LPG at all times.

Essien commiserated with the families of the victims of the Lagos gas tanker explosion.

11 persons were also injured in the explosion while no fewer than 25 vehicles were destroyed.

Essien said: “For every incident of this nature that happens and involves loss of lives and property, we as an association; we are not happy.

“We want to use this opportunity to commiserate with the families of those who passed on as a result of the incident.

“We pray that the Almighty God will give them the fortitude to bear the loss. We also want to reach out and commiserate with the Lagos State Government and the citizens.”