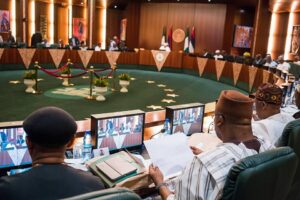 The Minister of Transportation, Rotimi Amaechi, made the disclosure when he addressed State House correspondents at the end of the Council meeting presided over by Vice-President Yemi Osinbajo, on Wednesday in Abuja.

According to him, rolling stocks are consumables meant for the maintenance and operation of the railway.

“I have an approval of the cabinet to procure rolling stocks operational maintenance equipment for the new railway projects corridors in Ibadan to Kano standard gauge and Port Harcourt to Maiduguri narrow gauge rail lines to the tune of $2, 810, 574, 064.92 including 7.5 per cent tax.

“Rolling stocks are consumables for the maintenance and operation of the railway.

“So with this, we will replace all the rolling stock. They are essentially the consumables we use to maintain the trains coaches and locomotives,’’ he said.

On the reported attack on train passengers in Kogi, Amaechi said the attack was not carried out at the train station, saying report reaching him indicated that the victims were attacked outside the station while heading to their destinations.

He said: “The report I got wasn’t at the rail station, it was on their way out of the station.

“Our responsibility is inside the station. But again, you’re right. I really have to go and find out the level of armed security in the station.

“We’ve never been attacked inside the station. Well, that does not mean we should not find out.

“So, I thank you for reminding me to cross check. Policemen are supposed to be at every station because we have railway police.

“So let me not just assume that they are there because we have never been attacked in the station.’’

Amaechi also confirmed that nobody was killed as a result of the attack as being reported in some quarters.

“The report I got from them was that on their way home, the road from the station to the community that they were attacked.

“But I didn’t hear that they were killed. I will find out from the Managing Director of Nigerian Railway Corporation,’’ he added.