The Federal Government, on Friday, announced that it had completed the repairs of the Abuja-Kaduna rail track that was bombed by terrorists on Wednesday.

The Minister of Transportation, Rotimi Amaechi, announced this after inspecting the facility on Friday, saying train services would resume on the route on Saturday (today). 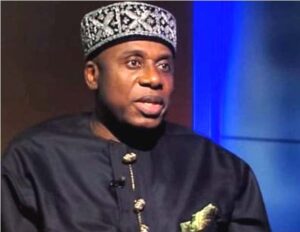 He said the government was already working to apprehend those who bombed the facility, adding that he would meet with the Department of State Services and the Nigerian Army on the matter.

“The repair work is completed. What is significant is that the repair was done by our Nigerian engineers and completed in record time. They moved in today (Friday) and finished today and by tomorrow (Saturday), we expect that the first train will run on the track,” he said.

Amaechi said the procurement of digital systems would be fast-tracked in order to enhance the security network on the railway.

Read Also:  Over 50% Of Cooking Gas Users Have Switched To Firewood, Charcoal – Retailers

He said, “The essence of the digital security system is to enable us to know when there is an impact on the rail. There is a sensor; when people cross the rail or do anything, we will be able to know and we will be able to forestall this kind of attack.

“We will get the police to be involved so that they will be here before we install the digital security system. I am happy that our people fixed it.”