Each time, elections are due to fill the 15 seat allotted to freight forwarders in the governing Council of the Governing Council of Council for the Regulation of Freight Forwarding in Nigeria (CRFFN), it is always a battle-to-finish. 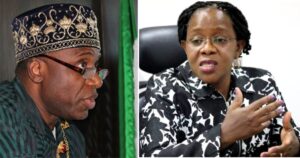 The first governing council elections, which heralded the pioneer council was relatively peaceful largely due to the fact that the gladiators were not quite sure of what the CRFFN meant and what it could do.

But since then, there had been only one election, the one which held in Lagos in 2018, and which led to a compromised emergence of candidates loyal to the ‘owners’ of the five registered freight forwarding associations.

We recall that, at the take-off of the CRFFN and the move to constitute the first governing council, all the then-existing freight forwarding associations were allowed to field candidates for the elections.

Perhaps, because it was the most prominent at that time, majority of those elected were either members of ANLCA or those enjoyed the sympathy of ANLCA members. This explained why it was possible for people like Alhaji Hakeem Olanrewaju and Alhaji Moshood Tijani and a few others to get in. The duo Olanrewaju and Tijani was not known to be members of ANLCA.

May we do well to recall that the National Association of Government Approved Freight Forwarders (NAGAFF) didn’t have a member in the first governing council. ANLCA proudly ensured that this happened!

But eventually, other associations were tactfully brought-in, when it was obvious that the pioneer governing council was going to be populated by ANLCA members alone and those loved by ANLCA. This was how appointment into the council by geo-political representations was introduced. That was how Mr Eugene Nweke, Mr CAT Agubama, Prince Festus Ejiofor and others came on board to ensure that the five associations were represented in the governing council.

The ‘novel’, but undemocratic idea of sharing the 15 slots to be contested for among the five associations, namely: ANLCA, NAGAFF, NAFFAC, AREFFN and Council of Managing Directors of Licensed Customs Agents first reared its head in 2018; at the behest of NAGAFF.

Even though it had boasted of having the numerical strength as contained in the register of freight forwarders (that had been compiled by the CRFFN) to win majority if not all the 15 seats, NAGAFF curiously offered that the seats be shared among the five associations, with the ‘big two’ (ANLCA and NAGAFF) taking six each, while the other three will have one seat each.

In what will easily passed for the worst elections ever, the NAGAFF proposal and sharing formula held sway. It was so bad that buy that satanic arrangement, with only one vote, some people were elected into the council!The rest is history. The calibre of governing council members who dominated the scene between 2018 and 2020 attested to the failure of the sharing formula.

For the quality of governing council members that emerged from the craftily-contorted 6-6-1-1-1 formula and the danger it portends for freight forwarding and the success of the CRFFN as a body, all well-meaning stakeholders should call for a level playing field.

We are strongly of the opinion that no registered freight forwarder should be excluded from the elections.

Nowhere in the CRFFN Act is it stated either manifestly or latent that, election members of the governing council is the preserve of members of registered freight forwarding associations only. By the way, those who are masterminding the offensive sharing formula are clandestinely pushing for compulsory membership of their associations. This is an audacious affront on the constitution of Nigeria, which states unequivocally that membership of association is free!

The Minister of Transportation; Mr Rotimi Amaechi and the Permanent Secretary Dr Magdalene Ajani should not pander to the sentiment of the sharing formula. To do so is to further push the CRFFN into crises.

Apart from its illegality, the 6-6-1-1-1 smirks of loss of confidence on the part of the so-called registered freight forwarding associations (led in this Machiavellian project by NAGAFF) in their ability to galvanise their members for the election.

We are really worried about a statement that was credited to the Permanent Secretary at a recent meeting with the freight forwarders. She said, “I will advise that you come together and reach a consensus on the sharing formula of the 15 candidates to contest”. She however added that, it seems some individuals are not subscribing to what the major associations want.”

She consequently gave the major freight forwarding associations two weeks “to go and discuss and sort things out among yourself and revert back to the Ministry”.

Apparently, from her body language, she might have been persuaded to accept the sharing formula, which in it face value appears simpler and less costly.

But, the question is, it democratic and fair to shut-out registered freight forwarders who subscribe to the articles of CRFFN, but who are not members of the five cabals, called associations?

Secondly, did the sharing formula which was adopted during the last governing council elections throw up the best candidates. NO.

If answer to the two questions is NO, then the needful should be done by Ministry. Don’t disfranchise, don’t create a cabal!