Oil marketers have criticised the import monopoly held by the Nigerian National Petroleum Company Limited, noting that the situation was not helping the petrol market. 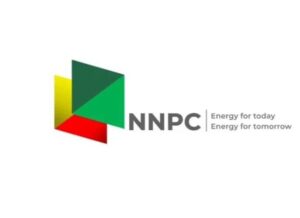 Represented by an independent consultant and former Group Executive Director, NNPC, Bello Rabiu, TotalEnergies general manager said the Federal Government should allow healthy competition by granting licenses and access to foreign exchange to marketers willing to get into the products importation business.

“But so long as NNPCL remains the sole importer of products importation, the amount spent on importation should be published for everyone to see because it is public fund that the company is using to bring in the products,” he noted.

According to him, although the association was sure that there was sufficient products in-country, the only challenge was lack of investment in infrastructure to guarantee fast and smooth distribution of the products to eradicate the scarcity.

“As you can see, as of November, statistics showed that there was enough products onshore Lagos. However, tight daughter vessel availability is hampering efforts to discharge offshore Lagos, contributing to logistics constraints that have seen shortages spring up across the country.

“The dialogue with the Nigerian people needs to begin to identify, negotiate and agree these areas and begin implementation to save the downstream industry, which has been in freefall due to a lack of investment to maintain, renew and grow assets and facilities such as refineries, pipelines, depots, trucks, and modern filling stations.”

Secretary and Chief Executive Officer, MOMAN, Clement Usong, while rounding off the session, said full deregulation of the petroleum downstream sector should be implemented in phases to cushion the effects of the sharp rise in Premium Motor Spirit prices.

“Having subsidised PMS for so long, Nigerian institutions now have a diminished capacity to deal with the current local energy crisis. A disruption in any part of the supply chain causes ripple effects and results in queues at stations. As a country, we must begin the process of price deregulation to reduce this inefficient subsidy,” he said.

Meanwhile, a socio-political group, the Natives, on Monday in Abuja, decried the burden of fuel subsidy on the growth of Nigeria economically.

The group urged the State Security Service to go after oil marketers over the fuel scarcity in the country.

Speaking during a press briefing in Abuja, the leader of the group, Smart Edwards, commended the intelligence agency for enforcing ‘sanity and order’.

“We are glad to hear and see the DSS as not only restraining or curtailing threats but rising up to enforce sanity and order. It has now become normal that as every festive season approaches, the gang in the oil industry and national saboteurs embark on their evil ride to create artificial scarcity and ensue hardship on citizens to satisfy their profiteering.

“How can we explain that the GCEO NNPCL Mele Kyari, in his recent determination to sustain gains from the relative peace and discoveries in the Niger Delta, has not only been seen moving from location to location to ascertain fuel availability all over the country and he even announced that there is enough fuel in the depots to meet the consumption of citizens over this period. Then, suddenly, scarcity emerges to the extent that half of the roads are now blocked, creating the emergence of long queues again in the country. This, for us, is absolutely a case of sabotage and requires thorough investigations.

“Last month, the Ex-Militant, Government Tompolo, made a grand exposure of the conspiracy in and around Nigeria’s crude oil by IOCs, powerful forces and locals. The revelation also exposed collaboration by security agencies. In the same vien the Mele Kyari, GCEO NNPCL once said his life was under threat. This, no doubt, reveals that there is a hidden powerful cartel behind this plundering of the Nation’s Wealth, who are economically profiting from National Sabotage.

The group said Nigerians should support the security forces to expose those trying to sabotage the Nigerian economy.