Germany’s Federal Cartel Office is taking a closer look into the proposed sale of Maersk’s refrigerated container manufacturing unit to China International Marine Containers, a spokesman for the office said lastThursday, as reported by Reuters. 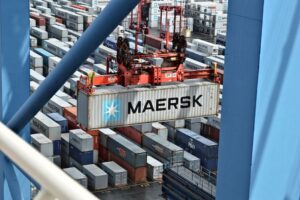 The office has opened an investigation into the effects the takeover of Maersk Container Industry by CIMC could have on markets, it said.

Under the terms of the agreement, CIMC would take over the entire business and assets of MCI, including its reefer factory in Qingdao, China as well as its R&D and test engineering facilities in Tinglev, Denmark.

MCI was founded by Maersk in 1991 and reported its most profitable year ever in 2020 amid heightened demand for containers. The two companies will remain separate until the acquisition closes, expected some time by the end of 2022 pending regulatory approval.

With the acquisition, CIMC will secure its position as the world’s leading container producer.