The Lagos State Commissioner for Health, Prof. Akin Abayomi, has urged residents of the state who have received the first dose of the COVID-19 vaccine to go for their second dose to gain full protection against the virus. 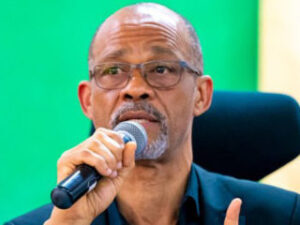 Abayomi noted that they should go to the vaccination centres where they received their first dose to receive the second dose.

According to the commissioner, getting a second dose of the vaccine offers full protection against COVID-19.

Abayomi made the call in a statement signed by the Director, Public Affairs in the state Ministry of Health, Mr. Tunbosun Ogunbanwo.

According to the statement, the commissioner who received his second dose of the vaccine last Wednesday urged the residents to get fully immunised, stressing that one dose cannot offer protection against the infectious disease.

“We are encouraging everybody that has had their first dose to come and collect their second dose, so you are fully immunised. One dose is not enough to give you the protection that you need to fight off the virus if you get exposed. So, I have come for my second dose now; I have had it and as of today, I am fully immunised,” Abayomi said.

The commissioner says Lagos State is now in the phase of administering the second dose to those that have received the first dose.

He said, “From the first consignment of the Oxford Astrazeneca COVID-19 vaccine we got from the Federal Government, we have administered the first dose of the vaccine to a segment of our population, we are now in the phase of administering the second dose to those that have received the first dose.

“It’s been almost two weeks since we started the administration of the vaccine and we have been vaccinating across our 88 vaccination centres”.

Abayomi explained that with the second dose he received, he is certain that his immunity is built up to reduce his chances of getting ill to the point of complication or death if infected with COVID-19 again.

“What this means is that you can still catch COVID-19 but it won’t create an illness that results in complications that can lead to death.

According to him, there are multiple variants of the virus circulating around the world which the World Health Organisation has reclassified into Alpha, Beta, Gamma and Delta variants of COVID.

“The virus is changing and as it changes, it can deceive your immune system, so even if you’ve had it before, the new virus variants that are coming on now, your body may not recognise it as the original COVID and it can therefore make you unwell.

“So we are saying, if you’ve had the infection before and you’ve had the two doses of the vaccine, at least it gives you a start to fight the virus and stop you from getting sick”, he added.

Highlighting various strategies put in place by the state government to mitigate a possible third wave of COVID-19, Abayomi stated that the most likely source of the virus that is going to cause a third wave in Lagos or Nigeria is going to be imported.

He said: “Many countries have been through first, second, third, fourth and even fifth waves, that is the nature of pandemics; you get these waves coming and going as people relax and as variants emerge, then they go round again and infect the population.

“In Lagos, we have what is called the Third Wave Prevention Strategy and the most likely source of the virus that is going to cause a third wave in Lagos or Nigeria is going to be imported. So, we have put very tight measures at the airport.”