The Network for Election Education and Awareness has commended the Nigerian Navy for exonerating the Nigerian National Petroleum Company Limited (NNPCL) from oil theft and vandalism of oil facilities in the country. 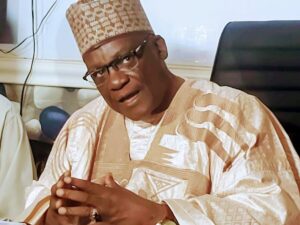 The National Chairman of the group, Dr Kailani Muhammad, made the commendation on Monday at a news conference in Abuja.

Muhammad, who is also an energy expert and chieftain of the All Progressives Congress (APC), said that the statement by the Nigerian Navy to clear the air over the issue of oil theft is commendable.

He said, “In view of the ongoing campaign of calumny by some unpatriotic elements, it has become necessary to explain the position of things, particularly with regard to the efforts being provided by the NNPCL in addressing the challenges of insecurity and oil theft.

“This has become a serious area of concern to the government and people of this country. The Navy-NNPCL working relationship has remained cordial as attested by the Naval Headquarters.”

According to him, for a long period of time, the Nigerian Navy has had a good working relationship with the NNPCL.

“The Navy and the NNPCL are working in harmony to ensure the protection of oil facilities across the country.

“The monitoring system which has been operational in the past has been reintroduced to further protect the oil facilities and monitor the process using the latest technology.

“A national daily which reportedly said NNPCL has been presenting figures about oil theft that do not reflect the reality of the situation, should be disregarded.

“What was reported was just an attempt to malign a very credible organization that has been working to stabilize fuel supply and ensure the protection of national facilities in collaboration with the security agencies in the country”.

“We commend the Nigerian Navy for putting the record straight which exonerates the NNPCL from the blame.”