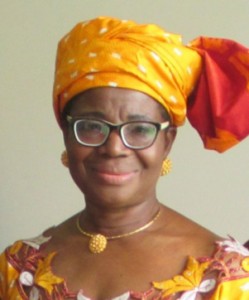 Ukonga stated this at a webinar organised by Zoemaritime Ltd., on Friday, in Lagos, as a prelude to the Lagos International Maritime Week 2021.

According to her, not having the political commitment of all countries was the greatest challenge the commission was facing.

“For the challenge, I would have loved to have a political commitment, and on the part of the leaders, I would really want them to be more committed to ensuring that the objectives are attained.

“Not just for the Gulf of Guinea Commission, but in general, people were enthusiastic at the beginning when the commission was established, thereafter, their interest waned a bit. We really cannot blame them because there are so many competing factors.

“Internal problems within the jurisdiction of their countries, lack of resources and all kinds of pressure coming from outside, contributed to divergent interests in really getting the GGC to actually attain its objectives.

“This is because not all of us, partners, stakeholders, have the same objectives,” the executive secretary said.

She stressed the need for uniformity of laws within the GGC countries, adding that the countries had tried to harmonise their documents on security and safety at sea, so that they did not conflict with each other.

Ukonga noted that the commission had four official languages – English, French, Spanish, Portuguese – in 12 countries, all with their own documents.

“For instance, some countries do not have piracy laws; when pirates are caught, they are brought to the shores and let-off.

“But, we do not want that to happen again. Nigeria has gotten an Act, the Suppression of Piracy Act of 2019, and we are proposing a code of conduct which should bind criminals when caught.

“The criminals can be tried in some other states, as far as peace and security is concerned, in the maritime sector,” she said.

The executive secretary noted that funding was another challenge the commission had to contend with, largely due to the poor economic strength of the member states.

She said that her greatest responsibility was to get member states to be focused on the difficulties that countries encountered in ensuring peace and security in the region.

Ukonga further stated that the countries were also involved in the exploitation of natural resources, especially petroleum resources.

‘This goes with many bad things like water pollution, degradation of the environment and possible unemployment it causes locals due to them being fisherman.

“Basically, what we are supposed to do is to ensure that the common interest of the owners of the region are protected. That is, whatever problems they are having, they ought to have regional solutions, because of the vast stretch of sea.

“This is not like land that has borders; so, it is important for the countries to work together to ensure that things like piracy and illegal fishing, trafficking in arms and people, can be dealt with collectively.

“These countries have different legislations. So, the need for them to have common objectives by which to ensure safety and security of the seas in that region, was basically the reason for establishing the Gulf of Guinea Commission,” she added.