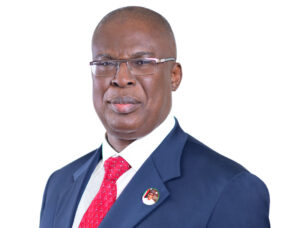 It maintained that natural gas remains the only viable option currently on the table as the race to adoption of energy transition gathers momentum.

Chief Timiprye Sylva, the Minister of State for Petroleum Resources, who stated this at the Nigeria-Africa Natural Resource and Energy Summit, held in Abuja.

He emphasised the need for Africa to stand together to weather the climate change storm, while avoiding losing all recent gains in the quest to pull her vast population out of energy poverty, and hence economic poverty.

He said that natural gas is widely seen as a low carbon emitting energy source that could play a major role in the energy transition quest.

“In particular, Natural gas is widely seen as a low carbon emitting energy source that could play a major role in the energy transition quest. Natural gas is known to emit 30per cent less CO2 compared to oil, and almost 70per cent less compared to coal, for an equivalent amount of energy supply. It is well positioned to become the dominant fuel for generating power worldwide. It is worth noting that the European Commission is making a move to classify Nuclear and Natural Gas energy sources as ‘green.’

“Nigeria has already made a strong commitment to embracing energy transition, pledging to significantly reduce its greenhouse gas emissions under the Paris Agreement on Climate Change. This is in addition to the commitment Nigeria made through His Excellency President Muhammadu Buhari, at COP 26 in 2021 to attain carbon net-zero by 2060.

“Nigeria is following a transition pathway that combines technology, investment, business strategies, and government policy that will enable Nigeria to transit from its current energy system to a low-carbon energy system with natural gas playing a pivotal role.

“Nigeria needs affordable, reliable and sustainable energy resources to eradicate the prevalent energy poverty in the shortest time possible, and propel economic growth. The only viable option currently on the table is natural gas, considering our vast proven gas endowments, put at 209 tcf, with 600 tcf potential reserves. We cannot ignore this resource, especially when energy poverty is viciously staring at us” he said.

Sylva stated that as of today, energy poverty is still much prevalent in the world, especially in Africa where millions of people still do not have access to electricity or clean cooking fuels.

He noted that on the average, only 48per cent of sub-Saharan Africa population have access to electricity, while only 18per cent have access to clean cooking fuels, compared with a global average of 90per cent and 70per cent, respectively.