India has approved a locally-developed, needle-free, and nasally-administered COVID-19 vaccine for emergency use, in a boost to the country’s homegrown pharmaceutical industry. 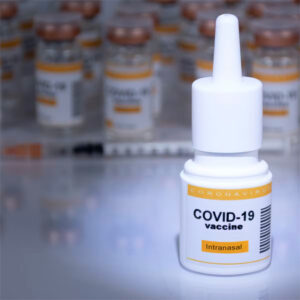 The new inoculation was developed by Bharat Biotech, the makers of another intravenous vaccine that was greenlit by the World Health Organization last November.

India’s drug regulator gave the new product emergency authorization recently, which will allow it to be used as a primary dose by any unvaccinated or partially vaccinated adult, but not as a booster.

“This step will further strengthen our collective fight against the pandemic,” health minister Mansukh Mandaviya said on Twitter.

Bharat Biotech conducted third-phase trials in 14 sites around India and found that its safety was “highly comparable” to other vaccines, the company said in a statement.

Development data would be submitted to peer-reviewed journals and released publicly, the statement added.

“Despite the lack of demand for COVID-19 vaccines, we continued product development in intra nasal vaccines to ensure that we are well prepared with platform technologies for future infectious diseases,” Bharat Biotech chair Krishna Ella said.

It remains unclear when the product will be available for public use, with the company saying it would be rolled out in “due course”.

The announcement comes two days after China launched the world’s first inhalable Covid vaccine, Convidecia Air, which is administered through a nebuliser.

India was hit by a devastating spike in COVID-19 cases last year that brought its health care system close to collapse, with oxygen supplies running out and patients struggling to source medicine from depleted pharmacies.

More than 200,000 people died within a few weeks, according to official figures, though experts believe the real toll is several times higher.

India has since administered more than two billion vaccine doses, fully inoculating more than two-thirds of its 1.4 billion population.