Kano State Government has said that 29 people have been confirmed dead in the boat mishap that occurred in Bagwai on Tuesday while 14 others are still missing. 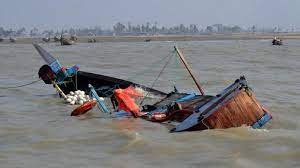 The state Commissioner for Information, Malam Muhammad Garba, made the disclosure at a press briefing on Wednesday in Kano.

He said that the 29 who died were mostly children and women.

“Seven victims are responding to treatment in Bichi General Hospital, while search of 14 others is still ongoing,” he said.

He disclosed that the state government has constituted a committee to investigate the incident and proffer solutions to prevent future occurence.

Garba explained that the committee was under the chairmanship of the Naval Base Commander in the state, Navy Capt. Muhammad Abubakar-Alhassan.

He said other members of the committee included the Commissioners of Information, Religious Affairs, Local Government and that of Housing and Transport.

The rest were the representatives of the Police, DSS, NSCDC, NEMA, among others.

He said that the government would purchase three boats to enhance water transportation in the area.

Garba also said that the government had commenced the distribution of N100,000 to families of each of the deceased, missing and injured persons.

According to him, the government would also distribute 120 bags of rice, maize, guinea corn and millet to the families.

He revealed that the government has directed Kano Line transport company to provide two vehicles that would be transporting people from Badau to Bagwai for one month.