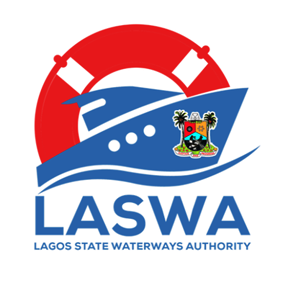 The training was the second edition and tagged, “Lagos Water Savvy Kids Programme”.

The General Manager of LASWA, Mr Oluwadamilola Emmanuel, said that end of the programme that the students were from four public schools in riverine communities in the Ojo axis of Lagos State.

Emmanuel said that the training was aimed at instilling water confidence in public school pupils by giving them theoretical and practical knowledge on waterway safety, swimming skills and basic survival techniques in an emergency.

“As you know, there is generally water phobia, even though we are surrounded by water, among the people of Lagos and Nigerians as a whole; this government is proactive.

“As a government, we want to ensure that we are utilising our resources, one of which is waterway; we have to ensure that people are confident on waterways.

“One of the ways we can be confident is by learning to swim, and there is no other way to start than with youths within our society.

“You can’t train all of them.at once; so, for us, it is a step-by-step process; this is how we have chosen to continue the process we started,” he said.

The general manager said that more pupils would be trained.

“We want as many pupils as possible,” he said.

Emmanuel said that the training would be extended to adults later.

A Permanent Board Member, Lagos State Universal Basic Educational Board (LASUBEB), Mr Dayo Israel, said the training was phenomenal, adding that the pupils’ capacities were built for swimming and their water safety skills developed.

The LASUBEB official said that the Babajide Sanwo-Olu administration was determined to take the education sector to a greater height.

“We are changing the content with digitalising our classrooms, but that will not be enough to improve the cognitive without also working on the psychomotor.

“Therefore, what we are doing here today in Ibeshe is to empower children and develop their capacities to become Olympic gold medalists someday.

Read Also:Customs Confirms Death Of One Officer, Declares One Missing In Clash With Smugglers

“We have a whole department called the Curriculum Department that continues to improve the skills of our young people and organise activities and programmes.

Israel said there was a lot of inter-agency collaboration aimed at building a total child.

The Founder and Lead Instructor, Dolphin Swim School and Dolphin Aquatic Center Ltd., Mrs Aderoju Ope-Ajayi, said the pupils learnt how to use life jacket properly and how to swim with it.

Ope-Ajayi added that the pupils were taught the importance of water safety and they were able to grasp the concept; they are water safer now.

“Currently, we run a learn-to swim programme for children and adults.

“A child learning how to be water safe means drowning prevention; that means the rate of death by drowning will significantly reduce,” she said.

One of the beneficiaries from Local Authority School, Ibeshe, Miss Dorothy Davo, said she was able to learn diving, swimming and basic survival strategies.

On behalf of all the beneficiaries, Davo thanked the state government and LASUBEB management for the training.