The driver of a 40-foot container truck loaded with goods coming from the direction of the commercial center of Vai Town to central Monrovia crushed a woman to death last Saturday after he lost control near the Gabriel Truck Bridge. 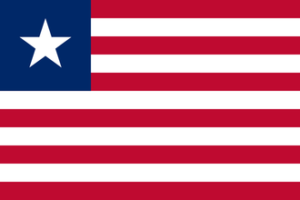 The body of the unidentified woman was seen lying under the truck beyond recognition as onlookers bemoaned the unexpected death of the woman.

Eyewitnesses told our reporter that the woman was crossing the road just about the time the driver of the container truck lost control, thereby leaving her in a state of confusion; hence her death. The woman is reported to have struggled fiercely before she gave up the ghost.

According to eyewitnesses, the container truck also smashed a pick-up marked TP-0956 and transport bus marked TB-0737 when the driver of the truck lost control. Passengers in the pick-up were unharmed.

Following the incident, a caterpillar hired to lift the container from the dead woman also fell on the body, smashing it completely beyond recognition.