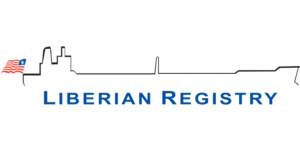 The Liberian Registry which is privately administered by the Liberian International Ship & Corporate Registry (LISCR, LLC), a private U.S. owned, and globally operated company based in Washington DC, USA, wants to state that they are independent of the Liberian government’s appointees allegedly involved in unlawful acts in South Korea. The two men involved have no current or prior relationship with the registry and its registered vessels and have never been employed with LISCR.

Following news reports of the incident in Korea of two delegates of the Liberian government missions, the Liberian Registry CEO, Alfonso Castillero said “the Registry has zero tolerance for misconduct and we hope the investigation continues forward. The two persons do not represent and have never represented the Liberian International Ship & Corporate Registry (LISCR).”

The Liberian International Ship and Corporate Registry reiterates that its function in registrations of vessels or any matter related to flagging Liberian vessels is administrated privately, independent from the Liberian government, and has absolutely nothing to do with the two political appointees in question.

The Liberian Registry has a long-established track record of combining the highest standards of safety for vessels and crews with the highest levels of responsive and innovative service to owners. Moreover, it has a well-deserved reputation for supporting international legislation designed to maintain and improve the safety and effectiveness of the shipping industry and protection of the marine environment.