The Manufacturers Association of Nigeria (MAN) has urged commercial banks to comply strictly with the Central Bank of Nigeria (CBN) directive on the sale of foreign exchange to eligible customers. 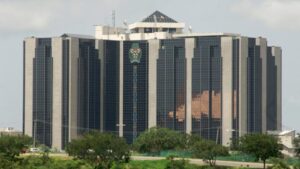 Dr Okwara Udensi, MAN Chairman, Edo/Delta chapter, made the appeal during an interview in Benin on Friday.

Udensi expressed optimism that the CBN’s decision to channel foreign exchange allocations to commercial banks would strengthen the nation’s currency.

He added that the development would bring down the prices of imported raw materials.

Udensi noted that the banks needed to assist the CBN in the implementation of the policy by not being involve in ‘sharp practices’.

“The banks should keep to their own obligations, we don’t want situations where the banks will hoard the foreign currencies and say they are yet to receive supply from the CBN,” he said.

He also appealed to the apex bank to give prompt response to bank customers with compliants as regards access to forex through its toll free lines.

NAN reports that the CBN Governor, Mr Godwin Emefiele, said the Bureau De Change (BDC) operators had abandoned the main objective of their establishment, which is to serve the retail end-users who needed 5,000 dollars or less.

Emefiele made the disclosure while briefing journalists at the end of a two-day meeting of the Monetary Policy Committee (MPC) in Abuja on Tuesday.

He said they had become wholesale dealers and illegally transacted FX to the tune of millions of dollars per transaction.

The CBN said that given the rent-seeking behaviour of the BDCs, the MPC decided with immediate effect to discontinue the sale of FX to the BDCs and allow the CBN to no longer process or issue new licences for BDC operations in the country.

The members voted to channel significant portion of weekly allocations of BDC allocations to the commercial banks to meet legitimate FX demands.

They also instructed all commercial banks in the country to create a dedicated teller point in designated branches for the sale of FX for legitimate transactions.