The 12th edition of the largest multinational maritime exercise in Western and Central Africa, Obangame Express (OE23) has kicked off in Lagos, with 33 participating nations. 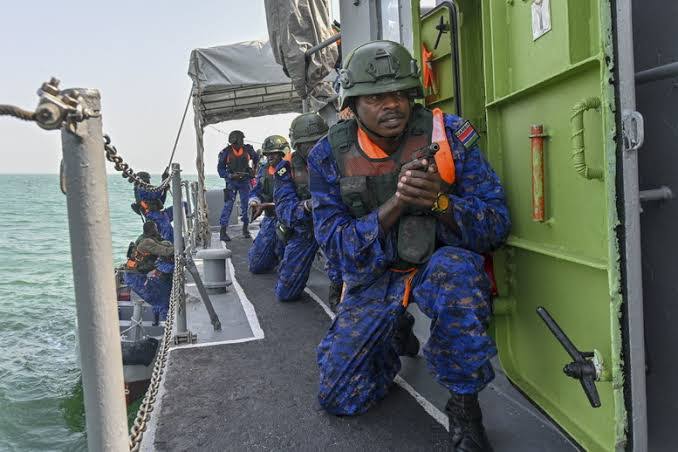 This was made known in a statement by the U.S. mission in Nigeria on Tuesday.

According to the mission, the exercise will feature both in-port and at-sea training scenarios,  including maritime operations center familiarisation and exchanges on medical care, search and rescue operations, and boarding techniques.

Mary Beth Leonard, U.S. Ambassador to Nigeria said OE23 reflected her country’s continued dedication to partners in the Gulf of Guinea as they strived to secure their people, their economies, and resources.

“We are delighted that Nigeria is hosting this military exercise, as we firmly believe that maritime security in Nigeria and its neighbors will lead to greater prosperity for the region as a whole,” Leonard said.

He added that exercise obangame express was an important opportunity to improve collective capabilities, build trust between nations, and promote stability in a vitally important part of the world.

The mission noted, in the statement, that the exercise was an opportunity for like-minded partners to work together to develop African-led solutions to shared transnational challenges and promote global security.

“Nigeria, OE23’s host, is an important partner of the U.S. in promoting a peaceful, well-policed Gulf of Guinea.

“Nigeria also maintains the largest navy in the Gulf of Guinea region and is critical to security and stability in Africa,” it stated.