Minister of transportation, Mrs Deizani Allison-Madueke has described as total falsehood a story which made the rounds last week to the effect that there was a failed attempt to kidnap her. 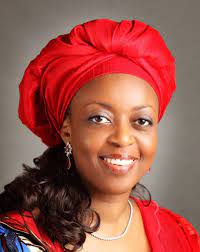 A particular newspaper (names withheld) was reported to have published the alleged foiled kidnap, but the minister who spoke through the ministry’s assistant director, press and public relations, Mr Lawrence Ojabo said there was no truth in the story.

There were fears that the minister may have been caught in the web of the recalcitrant Niger Delta crisis which ahs snowballed into kidnap of foreigners and prominent indigenes.

Fingered in the alleged kidnap bid was the dreaded Movement for the Emancipation of the Niger Delta (MEND).

But the ministry’s spokesman stated in an e-mail that was sent to Shipping Position Weekly that “members of the Movement for the Emancipation of the Niger Delta (MEND) did not visit or “storm” the Honourable Minister’s house as reported.”

The statement added that there has never been” any attempt by MEND or any group of person to kidnap her. The Minister does not have any “disclosed or undisclosed” agreement with anyone to warrant any threat whatsoever to her person from any quarter. And, she has not been threatened or been at any risk of a kidnap at anytime.