The Major Oil Marketers Association of Nigeria (MOMAN) says Nigeria is gradually heading toward full deregulation of the Premium Motor Spirit (PMS) with the passage of the Petroleum Industry Bill (PIB).

Mr Adetunji Oyebanji, Chairman, MOMAN, made the assertion during a panel session at the ongoing Nigeria Oil and Gas (NOG) conference and exhibition on Wednesday in Abuja. 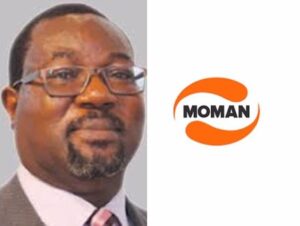 The conference has as its theme: ‘Fortifying the Nigerian Oil and Gas Industry for Economic Stability and Growth.’

Oyebanji said the PIB recently passed by the Senate and the House of Representatives, was needed to liberalise the downstream sector, especially the PMS and put an end to fuel subsidy.

“The PIB when signed into law by the president will prescribe an open market for pricing of petroleum products.

“It will increase investment in the sector and improve our domestic refining capacity, especially with the coming on stream of the Dangote Refinery and the rehabilitation of the nation’s refineries.

“So, the enabling environment is gradually being created, to enable us move to full deregulation of the downstream sector in the not too distant future,” he said.

Oyebanji noted that efforts by the Federal Government to remove subsidy on petrol had been met with stiff resistance from the Organised Labour and the Civil Society Organisations.

He said, “the argument has always been that Nigeria needs to improve its refining capacity before subsidy on petrol is abolished and with investments coming from the passage of the PIB, this will become possible.”

According to him, the landing cost of petrol at the moment was about N210 while the product is being dispensed to Nigerians at N162 to N165.

He said the huge amounts being used in subsidising petrol could be channeled to other critical sectors of the economy which would be of more benefit to Nigerians.

“We believe that a fully deregulated market will increase efficiency, competition and attract more investments to the sector,” Oyebanji added.